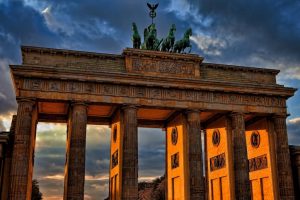 Hemp advocates and food-safety regulators in Germany are at loggerheads over whether all forms of cannabinoids require additional scrutiny before they can be sold in foods and drinks.

The claim that Berlin had finally sided with the EIHA raised eyebrows and prompted questions across the German hemp industry. That’s because the country’s food safety authority – the Federal Office of Consumer Protection and Food Safety (BVL) – insisted there was no change to the policy.

In an interview with Hemp Industry Daily, EIHA President Daniel Kruse explained that the association was calling attention to apparent inconsistencies between the German government and BVL food safety regulators on CBD.

The EIHA sent several letters to contest the BVL’s “novel food” stance on CBD – most recently in October of last year and on Feb. 14. After receiving no response, the EIHA decided take action with last week’s statement, Kruse said.

“We are saying: ‘Hey BVL: You have not answered our last letters – here is all the evidence. … It seems that you need to reconsider your statement'” about CBD, Kruse said.

The move, Kruse said, seemed to work: The association received a response from the food safety office on Tuesday.

“They received our letter, they received the list of evidence, and they will get back to us in short notice,” he said.

The back-and-forth over CBD in food caps years of legal disagreements about selling hemp extracts in food across the EU.

EU regulators have said that cannabinoid extracts such as CBD are subject to a 1997 provision called the Novel Food Regulation, a set of guidelines for evaluating consumer safety before putting new ingredients in food.

However, EU food regulations are enforced by member states, leading to a patchwork of enforcement landscapes across the continent, as well as a thriving illicit market for CBD products. Only 45 “novel foods” applications for CBD authorization have been received.

So the EIHA’s announcement last week sparked excitement that Germany, the largest economy in Europe, would give cannabinoid producers new regulatory clarity. Just last month, the UK said it wouldn’t interfere with the sale of CBD products until 2021 to allow manufacturers to apply for “novel food” authorization.

In last week’s press release, the EIHA said the German government had “clearly endorsed the view of the EIHA” that foods containing hemp plant parts are not, in principle, subject to the EU’s “novel foods” evaluation process.

As evidence, the EIHA cited two German government statements from 2019: a response to a parliamentary inquiry in July and a letter from the Ministry of Food and Agriculture to the EIHA in November.

Asked about hemp and novel food regulation by lawmakers in July, the German government pointed to previous EU statements that foods containing parts of the hemp plant aren’t regarded as “novel foods.” The government said that those statements remain valid.

In the November letter to the EIHA—seen by Hemp Industry Daily—the ministry confirmed the “novel food” status of CBD isolate and CBD-infused extracts but did not mention of other hemp products containing the plant’s natural spectrum of CBD and other cannabinoids.

Kruse said the two statements, taken together, were “an important milestone.”

Last Friday, the German food office released a statement that no change in government stance had taken place: Foods with CBD still need to be vetted for health and safety before going in foods. Germany’s policy not to allow CBD in food, the office said, is “unchanged.”

Still, the EIHA received confirmation from the BVL that their recent letters are under review.

The dustup still has some shaking their heads.

“I understand the hemp industry’s frustration when it comes EU regulations, but associations should be working for a seat at the table” and not sending “confrontational” statements,  said Tomas Sadilek, director of governmental affairs at the Prague-based medical cannabis research group ICCI.

As the dispute goes on, the EIHA Managing Director Lorenza Romanese offered some advice for manufacturers of CBD products in Europe.

“First, they should seek and comply with the existing regulations for food, drinks, cosmetics, everything,” Romanese said.

“We have to comply with the regulation that exists, because if we want to be treated fairly, we have to stick with the rules that are in place,” Romanese said.

Industry newcomers should also align themselves with an association, Romanese said. It doesn’t need to be the EIHA, but “join somebody that is dealing with these regulations and can provide the correct information,” she said.

Romanese also advised manufacturers to use naturally occurring levels of cannabinoids in their products.

“The typical mistake is … you claim something that you cannot claim on the label, and on top of that you provide 93% CBD in the bottle,” she said. “This is a perfect combination to kick you out of the market tomorrow morning.