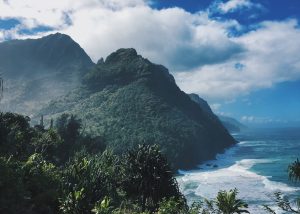 After months of delays caused by subpar seeds, Hawaii has started a commercial hemp industry.

Hawaii agriculture officials issued three licenses for a total of 30 acres last month. The three farmers plan to try to grow their first crops in 2018, according to the state Department of Agriculture.

Hawaii legalized the plant in 2016, when lawmakers authorized research at the University of Hawaii at Manoa. A year later, Hawaii expanded hemp production to private farmers.

Hawaii ordered 50 pounds of seeds from Jamaica in 2017, but destroyed the shipment after the seeds didn’t meet state agriculture department inspection standards.

Officials ultimately settled on a fiber and grain varietal developed in China, called Yuma, which has been tested in Malawi and Australia to ensure it can perform in a tropical environment.

“Hawaii’s first licensed hemp growers will help to demonstrate the real potential of the industrial hemp industry,” Gov. David Ige said in a statement after the three licenses were awarded.

Still, Hawaii’s hemp regulators are warning that the industry may be slow to take off.

“Seed quantities and varietals may be very limited until 2019, so growers may want to consider waiting on applying,” the agency said in its hemp announcement.