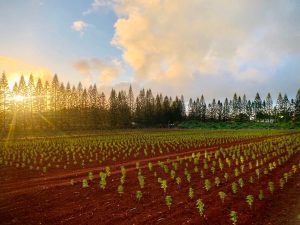 Proponents of building a stronger hemp industry in Hawaii are hoping the crop will restore the island state’s deep agricultural tradition after the departure of sugar and pineapple crops left tens of thousands of acres fallow.

Since 1980, Hawaii’s total land use for agricultural production has fallen from more than 350,000 to 30,000 acres after sugar cane and pineapple production moved to cheaper locales, according to data from the University of Hawaii.

Sugar was the state’s largest crop – and even helped Hawaii achieve statehood in 1959 – but the last of the state’s sugar companies, which was in business more than 140 years, shut down operations in 2017.

And secondary crops such as commercial forestry and macadamia nuts have not produced enough to fill the economic void, according to The Washington Post.

With the coronavirus pandemic threatening the local tourism economy, a move is afoot to expand hemp production from a pilot program to a full-fledged industry.

Legislators are recognizing the need to diversify and agriculture is an industry they’re looking to support, both to promote food security and build the economy, Hawaii native Adolph Helm told Hemp Industry Daily.

That’s where hemp comes in, he said.

“Especially during this challenging time with the COVID-19, it’s fair to say that hemp has made a positive contribution to the economy – at least here on Molokai – and is somewhat advantageous to other businesses as you start to look at the ancillary benefits that what we do brings to the broader community here in Hawaii,” said Helm, who is general manager of Archipelago Ventures, a division of Arcadia Biosciences.

Compared to low-margin crops such as sugar and pineapple, hemp farms could infuse new capital into Hawaii because hemp is a high-value crop that produces higher-value, locally made consumer goods,  said Sarah Reiter, chief commercial officer for Arcadia Biosciences.

Plus, products made in and sourced from Hawaii have traditionally been well-received among consumers because of the “unique ethos” the island state has for treating the land sustainably and valuing land stewardship, Reiter said. 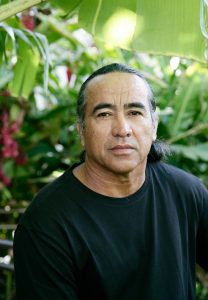 “We are committed to preserving that and working with Hawaiian farmers to help them position the product and reach markets where Hawaiian-produced ingredients, whether it’s things like Kona coffee or Hawaiian sun-grown hemp, can extract more value – perceived and real.”

Arcadia Biosciences, an 18-year-old biotech giant based in California with roots in wheat and corn, diversified into hemp when wheat farmers from the mainland prairies, who were licensed in the 2014 hemp pilot program, detailed some of the challenges they were facing with unstable and inconsistent hempseed genetics.

“We felt like it was a great opportunity to do what we do, which is bring improvements to the crop that either benefit consumers or benefit farmers – and this one feels like it has huge opportunities for both,” Reiter said.

The company established a cannabis division, Arcadia Specialty Genomics, in 2019 with a 10-acre hemp cultivation facility on the island of Molokai, located between the islands of Oahu and Maui.

Hawaii legislators recently passed a hemp bill that would bring the state’s existing pilot program into compliance with the 2018 Farm Bill and the U.S. Department of Agriculture’s interim final rules. The measure would also allow for the processing and sale of hemp products in the state.

On Molokai, where the population is largely native Hawaiian and traditional values, heritage and agricultural stewardship are vehemently preserved, agriculture is the largest employer.

Big Ag seed companies – most specializing in corn – have set up operations there over the past 60 years.

Those companies have been largely responsible for developing land left fallow by installing irrigation and getting it ready for new crops, Helm said.

Last fall, Arcadia Biosciences announced it would expand its existing hemp cultivation facility to 30 acres and scale its Hawaiian hemp-cultivation footprint through a joint venture with Legacy Ventures Hawaii to create Archipelago Ventures – making the company a top-five employer on the island, with about 90% native Hawaiian employees, according to Helm.

The joint venture establishes a vertically integrated structure that includes plant breeding, seed and crop production as well as a hemp processing, oil extraction and product-manufacturing facility, which aims to open this month, Helm said.

Former Major League Baseball player Shane Victorino, a Hawaii native, is a principal in the company, along with other native islanders.

State agriculture officials say Hawaii could see three to four hemp crops per year because of its mostly tropical climate, but so far, the state has faced formidable challenges in developing the industry. 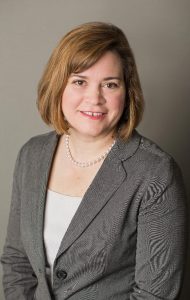 More than 50% of Hawaii’s 2019 hemp crop had to be destroyed because of elevated THC levels – a problem that agriculture officials attributed to a lack of hemp cultivars suited to a tropical climate.

The tropical weather makes it a challenge for farmers working with daylight-sensitive hemp cultivars developed in Colorado, Kentucky and Oregon, Reiter said.

“As a breeding company, finding the shortcomings of certain aspects of a crop are as important as finding the successes, so a large part of the development process includes planting varieties and seeing what agronomists discovered about how they grew differently in the Hawaiian climate and latitude,” Reiter said.

The new JV has introduced an autoflowering hemp variety to support year-round growth cycles unimpeded by the agronomic constraints of day length.

On the mainland, Arcadia Biosciences will have varieties in nine university trials across the country this summer, as well as a series of farmer demonstration trials.

Agronomically, Hawaii’s tropical climate and year-round production present pest and disease struggles that Arcadia is working to address, according to Helm.

“Hemp has been around for generations, but people have not been producing hemp at a production scale,” Helm told Hemp Industry Daily.

The company has been busy developing its agronomic knowledge about the nuances of producing hemp in Hawaii and creating a “recipe book” of best management practices to provide to sustainability-minded Hawaiian growers, so they can be successful with the new crop.

“In Hawaii, the whole culture is the Hawaiian people, and they are extremely sensitive to conservation practices,” Helm said.

“So we’re working to ensure that we incorporate that mindset, to be collaborative, be culturally sensitive and respectful for the island community with regards to the land and its resources.”