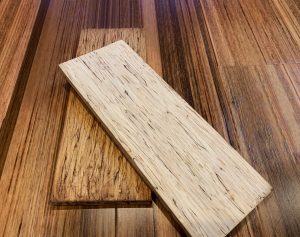 (This story has been updated to clarify that Fibonacci is appealing a tariff placed on machinery necessary to begin production, which the company’s owner said will not be delayed. Also, the Fibonacci factory is 16,500 square feet, not 10,000 square feet as originally reported.)

Count Greg Wilson among those who believe hemp could bring a new business opportunity to an old industry.

After 15 years working in China on bamboo and oak products, Wilson had an idea when the 2014 Farm Bill opened opportunities to grow hemp in the United States:

Pair his background in materials science with his desire to protect the environment.

“The market told me to take my process and adapt it to hemp,” Wilson said.

The result was a material he calls HempWood.

So, in 2014, Wilson started a hemp manufactured-wood company called Fibonacci.

After years of research and development, his business is ready to start production – though Wilson’s inability to find a U.S. manufacturer to build the machinery he needs means the company is facing a steep tariff to get the machinery it needs to begin production.

The logs can then be cut into boards, using production techniques that are similar to that of a traditional sawmill, said Dewevai Buchanan, Fibonacci’s commercial director.

Fibonacci plans to make HempWood blocks to sell to other manufacturers for further processing before reaching consumers.

For now, the company will saw and dry boards and eventually move to more finished products.

The hardwood floor market in the U.S. is worth roughly $4 billion a year, according to Grand View Research, a San Francisco-based market research and consulting company. And oak makes up the majority of the industry.

Wilson used his personal savings to start Fibonacci, but the company now has more cash in its coffers.

Fibonacci has since set up shop in Murray, Kentucky, where the company has an 16,500-square-foot building and plans to begin production this summer. 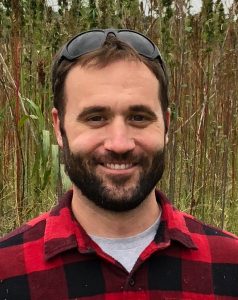 The Fibonacci factory is almost ready to go, but the United States’ trade uncertainty with China means the company must pay a 25% tariff on an industrial wood press being made in China.

Wilson declined to clarify how much the tariff would cost him.

But he’s appealing the tariff to the U.S. International Trade Commission, arguing the tariff should be waived because Fibonacci was unable to locate a U.S. manufacturer to make the wood press.

Fibonacci currently is storing fiber-rich hemp bales on the grounds at Murray State University, which a school official has dubbed Mount Hempmore.

Still, Wilson and Buchanan are optimistic about the company’s potential.

Wilson said that he clears his voicemail of potential customers one day, only to have to do it again the next day.

“We’ve seen more interest from different parts of downstream manufacturing that use wood, domestic wood, as a way of differentiating their product and being innovative in their respective industries,” Buchanan told Hemp Industry Daily.

Interest in HempWood has come from woodworking industries such as the cabinet and flooring sectors, Buchanan said.

According to Tony Brannon, dean of the Hutson School of Agriculture at Murray State, the interest doesn’t stop there.

“The hemp hype is real,” said Brannon, who does not work for Fibonacci but places students as employees there.

Brannon recently fielded a call from a man who was interested in using HempWood to make whiskey barrels.

“It’s unbelievable to me, some of the markets that have been interested in this,” Brannon told Hemp Industry Daily.

Wilson said Fibonacci has 2½-3 years of soft orders for the plant, as well as close to 30 people who want to license the technology and produce HempWood themselves.

However, wood made from hemp is far from receiving widespread adoption, said John Dupra, co-founder of Revel Woods in Rochester, New York, and an expert in the hardwood flooring space.

“If it was just strength and moisture resistance, nobody would have wood in their homes. It would all be tile. Or stone. Or just polished concrete,” Dupra told Hemp Industry Daily.

He pointed to a survey by the National Wood Flooring Association that showed 78% of consumers preferred wood for their dream homes, with tile floors a distant second at 16%.

“Wood is the aspirational product,” Dupra said. “I think that the only reason we’ve had the success in laminated vinyl tiles is that it matches wood’s visual.

“The key for something like (Wilson’s HempWood) to really sell is, how does it look?”

Esteban Fernandez can be reached at [email protected]