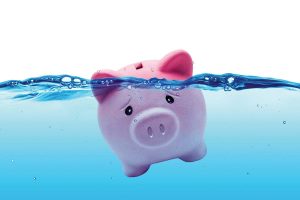 In a recession, there are bound to be business casualties—particularly in a high-risk, nascent industry such as hemp.

Hemp companies have experienced a perfect storm of obstacles since legalization in late 2018—an uncertain regulatory environment, overproduction in 2019, ongoing challenges with access to banking and financial services and, now, COVID-19. In short, the odds are stacking up against hemp entrepreneurs.

Bill Hilliard, CEO of Winchester, Kentucky-based Atalo Holdings, a hemp and CBD company that filed for Chapter 7 bankruptcy protection in April, said the current, challenging state of the hemp market stems from a number of factors that are beyond the control of most hemp companies, including regulatory uncertainty due to a delay of guidelines from the U.S. Food and Drug Administration and the continued struggle to secure financial services from lenders and credit card-processing companies.

“We’re in good company in our bankruptcy here in Kentucky; four of the primary participants in (Kentucky’s 2014 hemp pilot) research program have all sought bankruptcy protection,” Hilliard said.

“It’s a convergence of overproduction and a lack of good guidance from the FDA and USDA (U.S. Department of Agriculture) in what our market opportunities are,” Hilliard said. 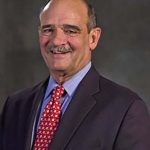 Overproduction during the 2019 crop year was a result of the USDA being aggressive about finding a new agricultural crop for the American farm—with support from the industry, Hilliard said.

“We led the charge … and we supported that 100%. But they were so enthusiastic that no one contemplated that we would have the massive production that American farmers produced in 2019,” he said. “At the same time, everyone was expecting that the FDA would come out with some guidance on what the markets were for CBD, and, of course, that hasn’t really materialized in a meaningful way so far.”

Before 2014, cannabis companies of any kind generally were not eligible for bankruptcy protection under federal law, including ancillary businesses that derived any portion of their revenue from cannabis. But that changed for hemp and CBD businesses after hemp cultivation was permitted through state-led pilot research programs under the 2014 Farm Bill and subsequently legalized as a commodity under the 2018 Farm Bill and removed from the Controlled Substances Act.

Today, companies associated with hemp and its derived products can legally file for bankruptcy, but their counterparts in the marijuana industry cannot, because marijuana remains a federally illegal controlled substance.

Filing for bankruptcy protection helps companies that have found themselves underwater financially to either liquidate their assets to pay debts or to reorganize their business and finances to continue operating.