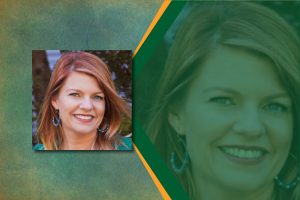 Hemp might be legal now, but more and more hemp companies are finding themselves in court.

That’s because the booming industry has attracted a mix of new entrepreneurs and get-rich-quick scam artists looking to take advantage of a new market with few established players.

Making matters more complicated for hemp businesses is the fact that many benefits of legalization – notably banking access and crop insurance – could take years to materialize for many, as traditional financial institutions tread slowly in an uncertain industry.

That’s why it’s invaluable to have guidance from those who know the legal landscape.

Lisa Pittman, a longtime cannabis attorney with a background in insurance law with the Thomas Pittman law firm in Austin, Texas, will share her insights about overcoming challenges in the hemp industry at the Hemp Industry Daily Forum in Las Vegas during MJBizCon (Dec. 11-13).

Hemp Industry Daily caught up with Pittman for a preview of her Dec. 10 talk.

What are the top business challenges you think hemp entrepreneurs need to be aware of right now?

The law is still brand new. Traditional institutions such as banks, insurance companies, venture capital – along with law enforcement – are not all on board yet. Hemp is still a risky business because of its grouping with marijuana for so long.

Entrepreneurs need to be cognizant of this and the evolving nature of the law.

What should a hemp company do to protect itself?

Entrepreneurs need to spend their money on legal documentation up front to have a “prenup agreement” for when things go south down the road.

Know who you are dealing with, and paper that business or funding relationship correctly.

In short, entrepreneurs need to be aware that not everyone is in this for noble reasons. The market is really lucrative right now, and there’s a lot of greed.

What changes do you see coming to the hemp industry?

The lucrative nature of this market will not continue forever.

I predict a three- to five-year window of opportunity here before hemp becomes a commodity, prices flatten and mass consolidation occurs.

Entrepreneurs need to be realistic about the basic principles of supply and demand – and plan their long-term strategies accordingly.

What about the legal and regulatory changes?

Hemp is being regulated by the USDA and in many states like “mini-marijuana,” I call it. It’s going to be hard to comply with the USDA’s new rules. And, also, each state has a different political and legal (approach) toward hemp which entrepreneurs need to be aware of.

Entrepreneurs also need to be aware that (the U.S. Food and Drug Administration) governs CBD and (also) aware of the cautions that have to be taken with the marketing of CBD products and getting into the CBD market.

Be aware that we’re still waiting on guidance on how those products will be regulated in the future before you get too far down the road with a product that may not be allowed, such as food.

We hear a lot of complaints about hemp brokers. Do you see a lot of broker disputes in your practice?

Yes. There is a lot of backstabbing and some unsavory practices going on here in this area, to the point where it’s become a dark underbelly. But it’s been the nature of the beast (because), under the 2014 Farm Bill, hemp was extremely sought after.

So there are some folks that really take advantage of that market.

But I think that as more states come online and produce hemp and there’s greater supply, the prices will come down. I believe they already have quite substantially.

And once rules are finalized, transparent marketplaces will emerge that are safe and compliant.

You practice in Texas, where commercial hemp production doesn’t start until 2020. Is Texas at a disadvantage because it is new to the hemp industry? Or could it be an advantage to wait for a USDA framework before starting a new commercial industry?

I predict Texas will be the largest hemp grower in the country in three to four years.

We’re already the largest traditional crop grower and second only to California (in overall agriculture) because of its wine industry. Because of oil and gas and tech and other industries, Texas will become a leader in the processing of hemp as well.

Texas has been in close communication with the federal government in the preparation of its draft rules.

It’s been good for Texas to observe what’s been going on in the market. And to look at how other states have been dealing with the roller-coaster market of supply and demand before it lets its farmers jump into this fray of a risky crop.