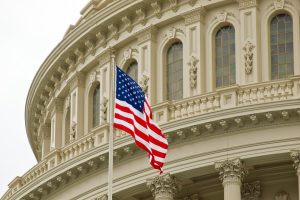 The House voted 369-47 to pass a Farm Bill compromise that includes legalizing cannabis plants with no more than 0.3% THC.

Trump has 10 days to sign or veto the bill, and insiders consider his signature almost certain as Congress scrambles to finish work for the year.

The measure advanced by Congress makes clear that low-THC cannabis plants aren’t illegal drugs, nor are CBD and other cannabinoids extracted from hemp flower.

The bill makes the most significant change to the U.S. Controlled Substances Act since its passage in 1971.

The U.S. Drug Enforcement Agency said as recently as 2016 that CBD is illegal, a position upheld by a federal court despite a challenge by hemp industry attorneys.

The bill also removes low amounts of THC from the Controlled Substances Act.

Hemp legalization was a rare point of bipartisan agreement in an $867 billion measure that was embroiled for months in negotiations over food stamps and farm subsidies. Even longtime cannabis opponents in the House cheered hemp.

“It is an important agriculture product and will aid and help (farmers) very much,” said Rep. Pete Sessions, a Texas Republican known for blocking cannabis reform legislation.

Hemp has been legal in some states since the 2014 Farm Bill gave rise to a patchwork of state regulations regarding hemp and hemp-derived CBD.

The new Farm Bill signals a move to a single nationwide set of rules for hemp, overseen by the U.S. Department of Agriculture (USDA).

States will be allowed to submit individual hemp-oversight plans to the agency, which will have the authority to approve or deny them.

U.S. territories and American Indian tribes will be allowed to regulate hemp as well – something that was left out of the last Farm Bill.

For more details about provisions in the Farm Bill, click here.