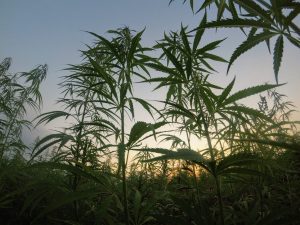 Light and day length are more important to hemp production than farmers might realize, but until recently, cannabis producers have had little guidance from traditional horticultural research to maximize production.

A new tool aims to help growers understand how they can make a horticultural concept called photoperiodism pay off in crop consistency and yield.

The map was produced in part by Travis Higginbotham, co-owner and head of sales and business development for breeder and producer The Hemp Mine. He collaborated with climatologist Joanne Logan of the University of Tennessee to help growers pinpoint hyperlocal data about frost dates and day length.

While the map was produced for growers who use genetics produced by The Hemp Mine, it’s a tool that growers could use with any genetics, as long as they have that one key piece of information – flowering response time, Higginbotham said.

“There’s so much risk going into hemp in the first place; this data should allow people to stay calm and to be confident in knowing that they’re going to stay compliant, and what they’re seeing is what they should be seeing.”

With a background steeped in commercial horticulture production, Higginbotham said it was important for his company. That’s because the company uses six different greenhouse grower partners across the U.S. to grow mother stock plants, take cuttings and supply rooted liners and unrooted cuttings to the hemp market.

In working with both indoor growers and field production hemp farmers across the U.S. over the past two seasons, Higginbotham said his company saw the need to apply some of the horticultural principles that have been successful for growers producing crops including garden mums and poinsettias.

Like those crops, cannabis is a short-day plant, which means it requires a long period of darkness and only forms flowers when day length is less than 12 hours.

“But as we learned in ornamentals with other short day crops, you can trigger flowering at a longer day length.” 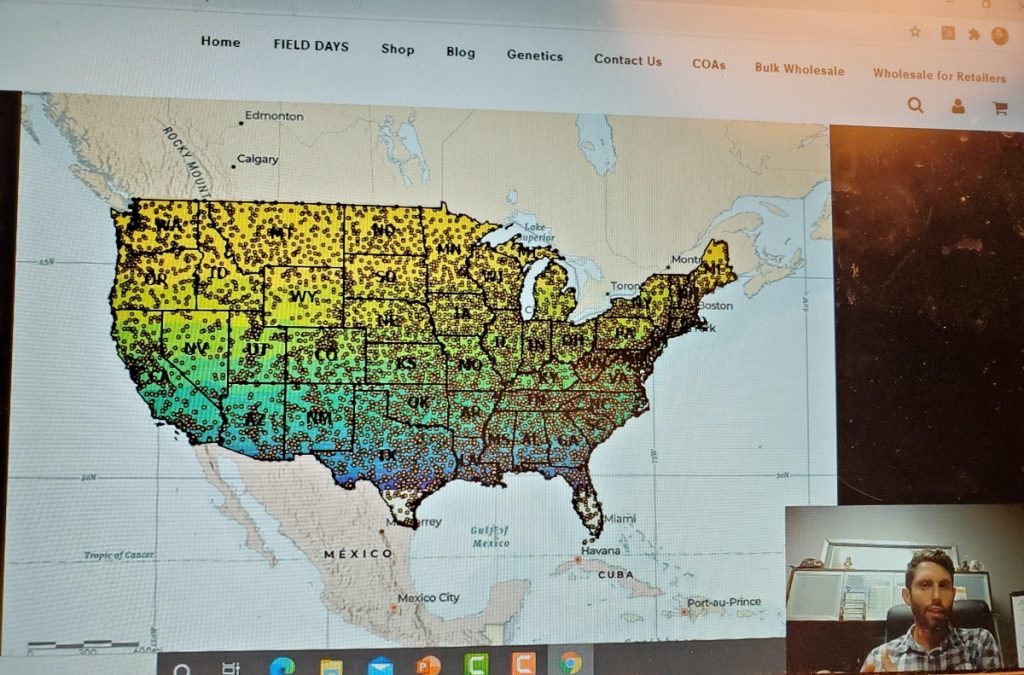 Photoperiodism is a physiological response in many plants. It dictates whether the plant is focused on vegetative growth or reproductive growth.

Understanding photoperiodism is crucial “because it dictates how hemp and marijuana producers can manipulate their crop yield and plant size through the light cycles, and schedule their crops by understanding the vegetative and reproductive stages  and ultimately maximize production,” Higginbotham said.

Cannabis varieties can display different classes of photoperiodism, and breeders and growers are learning more about them every day.

“But we know a decent bit on the class of short-day plants that is implemented heavily in other industries,” he said.

Hemp isn’t as straightforward as other crops. Some varieties will flower at 14 hours of daylight, and some at 13 hours and 20 minutes. That can also vary based on the region where farmers are growing hemp, Higginbotham said. The Hemp Planting Map helps growers make sense of this.

“So when a grower’s planting in the field, they need to understand, how soon can I plant so that I can maximize the vegetative growth cycle of the entire production cycle,” Higginbotham said.

“The map gives them the data on day length at their specific location so they can kind of push the limits on when to plant.”

There are longer summer days in northern latitudes than in southern latitudes. As a result, there is a longer production cycle in those northern regions.

“Understanding the flowering response times and the short-day nature of each cultivar that you’re growing should dictate when you plant, ultimately,” Higginbotham said.

“It will also dictate the crop density per acre when understanding how long your vegetative cycle is in each of these regions.”

The map can help growers determine crop windows for different regions of the U.S., and allows farmers to accurately predict and count down to their harvest window based on the flower initiative time, which helps with planning regulatory requirements like crop testing, Higginbotham said.

“Especially when there’s multiple farmers out there who are having to contact their state seven to 10 days before they actually come out, then they have 15 or 30 days to harvest,” he said. “We need this data to make that process more efficient.”

Further, the map includes other planting information, so growers can understand the chance of frost during planting season, for example. Data like this provides growers with the tools to plant with confidence knowing how to schedule production and harvest, according to Higginbotham.

“With the investment we all have going into it, why risk it?,” he said.

Higginbotham told Hemp Industry Daily that he hopes developing a foundational understanding of photoperiodism and other technical aspects of hemp production will help legitimize the hemp industry and also hold accountable companies that are pushing faulty genetics on growers.

This includes arming hemp growers with an understanding of exactly which varieties will work best in their region and climate.

Rather than making growers pay the same amount of money for inputs that will yield less than they will in other parts of the country, his company can recommend a different variety with a shorter flowering response time that will allow those southern growers to compete, Higginbotham said.

“In my mind, the farmer in Louisiana should not be paying the same for those same genetics. The ROI (return on investment) is going to be significantly different,” Higginbotham said.

Click here for a more in-depth dive into photoperiodism in the first video of The Hemp Mine’s new technical support series, which will add more topics over time.