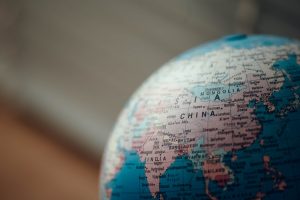 The coronavirus outbreak in China likely will benefit American hemp companies that compete with Chinese suppliers on the global and domestic markets.

Trade tensions between the United States and China previously caused disruptions in the cannabis supply chain.

And this newest issue underscores the vulnerabilities in the global marketplace that vape and other cannabis and hemp companies rely on for products ranging from LED lighting to packaging supplies.

“Honestly, I think that the American hemp industry can do nothing but benefit from the coronavirus in China,” Landin Butterfield, a crop consultant with Klamath Falls, Oregon-based Patriot Hemp Services, said at the World Ag Expo last week in Tulare, California.

Butterfield pointed to China as a major supplier of hemp fiber and CBD for the world market.

“So any kind of hiccup in that supply chain on their end allows American farmers to get into the international market, and it helps limit the flood of cheap Chinese CBD that is coming into America,” Butterfield added.

“It will allow us to gain a foothold.”

“They’re one of our competitors,” he added. “If China doesn’t bring in as much hemp, that means we’re not competing as hard.”

But the coronavirus has thrown a wrench into the plans of at least one hemp researcher.

Jay Noller, a soil scientist at Oregon State University and lead researcher for the university’s Global Hemp Innovation Center, said he has “several” trials on hemp varieties in China.

Some of the trials are in conjunction with the central government, others with regional provinces.

The problem is access, both to get into China and for the Chinese to come to the U.S.

“So our joint research is delayed,” added Noller, who also attended the World Ag Expo.

“In two weeks, I was scheduled to go to China, and now I have to wait.”

The outbreak is also anticipated to impact cannabis vaporizer companies that depend on Chinese suppliers by interfering with the flow of hardware and other products.

“The coronavirus has had a significant impact on the entire manufacturing supply chain in China, which will be felt in the coming months,” said Richard Huang, CEO of Cloudious9, a cannabis vaporizer manufacturer based in Hayward, California.

Huang pointed out that the cannabis vape industry is at its core a hardware business, and nearly all vaporizers, vape cartridges and batteries are manufactured in China.

“If several key raw material suppliers suddenly close down or are several months late in their shipments, it will constitute a threat to our timely fulfillment capabilities,” Dumas de Rauly said.

According to the Centers for Disease Control and Prevention, an outbreak of respiratory illness caused by a coronavirus was first detected in Wuhan City, Hubei Province, China, in December 2019 and continues to expand.

According to Dumas de Rauly, at least 24 provinces, municipalities and regions in China have been told not to resume business before Feb. 10.

On top of the impact to vape manufacturers, he expects this work stoppage to affect all sectors of the cannabis industry, including cultivators using LED lighting, greenhouse structures and packaging and extraction equipment providers.

Huang said the timing of the outbreak was particularly unfortunate since it occurred during the Chinese New Year, when factories were closed and workers were at home.

Getting those workers back to the manufacturing facilities will take longer than normal.

“It could be a very difficult year for hardware companies trying to maintain a steady supply of inventory,” Huang added.

‘Pain will be felt’

While companies currently could have some leeway with existing inventory, Huang expects “pain will be felt” when fast-selling products run low. Those firms that are better prepared with stockpiles of hardware will see an advantage over competitors.

One silver lining: Huang pointed out this could provide an opportunity for some companies to alleviate inventory oversupply caused by the vaping health crisis.

Dumas de Rauly said Blinc has built in redundancies and likely will be able to maintain steady manufacturing.

“That said, we will most certainly face a few days of delay for materials like 304 Stainless Steel as well as outer-shell finishings like electroplating,” he added.

Because of the travel restrictions from the coronavirus, some of Blinc’s team members have not been able to travel back to the Shenzhen area, a region in China where a large amount of hardware manufacturing takes place.

Conversely for Cloudious9, one employee had traveled back to China when the outbreak began and is now having trouble returning to the U.S.

“Key product development initiatives will have to be rescheduled until everything restarts,” Huang said.