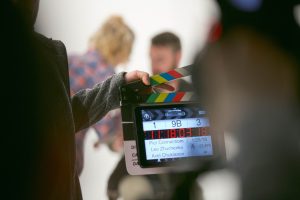 Ambassadors and celebrity partnerships are familiar terrain for Canopy, already known for its ties with Seth Rogen, Snoop Dogg and Martha Stewart.

And while Miller isn’t a household name for all, she’s one of astrology’s more mainstream personalities and her celebrity fans include singer Katy Perry and actress Kirsten Dunst.

Miller’s @astrologyzone has more than 430,000 followers on Twitte rand 112,000 on Instagram, many of whom are interested in wellness and self-care. And, according to her website, Miller writes for magazines such as Elle and Vogue Japan.

But not everyone welcomed Canopy’s association with Miller.

Some on social media were puzzled by the choice, questioning the move to align unscientific astrology with cannabidiol’s effects.

Miller isn’t the first brand ambassador to raise eyebrows, which could be considered mild criticism compared to others.

The partnership had been criticized because the music icon and co-founder of the rock band Kiss was famous for being both anti-drug and anti-alcohol, but Simmons claimed he’d changed his mind about cannabis in recent years.

Cannabis marketers are challenged to find partners that are provocative enough to cut through the noise without straying from their target market’s core values.

To find out how to approach the vetting process, Marijuana Business Daily spoke with some of the industry’s top brand strategists,

In the case of Canopy, the first rule is to find partners in the mainstream who authentically love the company’s cannabis products.

“Susan tried all of our products and she could instantly see a connection to not just astrological signs but also holistic health and wellness, which is keenly relevant to her audience and which is broadly mainstream,” said Tara Rozalowsky, Canopy’s vice president of beverages and edibles. “And that’s been the win – our products are beloved by her personally.” 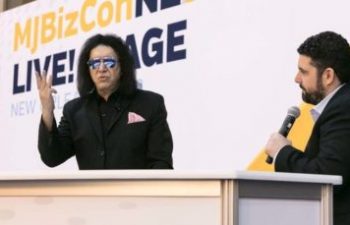 Gene Simmons of the rock band Kiss, pictured at an MJBizCon event in 2018, saw his partnership with Canada’s Invictus Group cut short because of his views on cannabis.

Authenticity could be even more important for smaller companies, said Danny Murr-Sloat, co-founder of Colorado-based cultivation and consulting company AlpinStash.

“At the end of the day, any partner – especially as a celebrity – will be one of the most public faces of your brand,” he said.

“Even if you’re going for a social influencer that might not have the same pull and weight as a celebrity, they need to align with your values.”

They also need to use your products. Cannabis companies will want to avoid the awkward case of Oprah Winfrey and Microsoft Corp.

In 2012, the media mogul listed Microsoft’s new Surface tablet on her annual “Favorite Things” list. She likened the device to a Mercedes.

Winfrey followed that up with a tweet to her nearly 15 million followers, gushing: “Gotta say love that SURFACE! Have bought 12 already for Christmas gifts. #FavoriteThings.”

There was a small problem, however.

Winfrey – or whoever was in charge of her account – had sent the tweet from an iPad, sparking criticism in the blogosphere.

Do your due diligence

Josefine Norwitz, co-founder of Boston-based digital marketing agency Cannabis Creative, warns the vetting process can be time-consuming, but it’s worth it to go into brand partnerships with confidence.

Cannabis Creative frequently works with social media partners, and the firm looks to avoid people associated with anything hateful, such as racist, sexist or homophobic content.

But vetting criteria can be more complicated in cannabis, where a history of prohibition means that those who align with a brand’s general values around cannabis for health or wellness, for example, doesn’t necessarily mean they’re the right fit for every brand.

“There’s oftentimes people who are, in addition to being influencers, they’re also activists, they’re progressive, they have strong opinions,” she said.

“And for brands, it’s important to vet these folks … to make sure that they are either aligned with their mission and stance, but also to make sure that if they’re wanting to stay away from that type of communication or language, that they’re properly vetted out beforehand.”

The process takes longer than a Google search, although that’s a good start.

Norwitz’s company conducts a full background check, and she recommends hammering out a smooth approvals process to ensure every piece of partner-related content that goes out is approved in advance.

Another way to vet partners is to gather feedback from a diverse set of voices, said Ontario, Canada-based brand strategist Rachel Colic. That can come from your own employees or through market research.

“Most of the people who make executive decisions in media marketing are men – and particularly white men at most of the large agencies in this world,” she said.

That can create a dangerous echo chamber, where potential red flags aren’t identified because so many at the table have a similar point of view.

“That says to me that they aren’t really thinking about their larger community,” Colic noted.

Protect your brand in writing

It’s important to not be so cautious that the brand is sterile or boring, said Oakland, California-based strategic adviser and consultant Andrew DeAngelo.

Vetting and gathering feedback from multiple perspectives is key, but it’s also crucial to have a point of view.

Marketers who are too afraid to alienate customers could risk not resonating with anyone at all.

That’s why DeAngelo said that once you’ve chosen a partner who represents a point of view and aligns with the brand values, there’s still no telling what could happen in the future.

That’s why it’s important to build protective clauses into the contract, according to DeAngelo.

“It might be useful to have a conversation with the celebrity and maybe put stuff in a contract that says, ‘If you behave badly, we get to distance ourselves from you, fire you and tell the world that we don’t like you anymore,’” he said.