The business story of the holiday season – record-breaking inflation caused by supply-chain pressure – has hit the hemp and marijuana industries especially hard.

That’s because competition across the THC spectrum is forcing cannabis entrepreneurs to drop prices on everything from vapes and flower to wholesale cannabinoid isolates, just as they’re paying steep markups for inputs from fertilizer to solvent to plastic packaging.

“This industry is so averse to raising prices. It’s different from other industries,” said Lo Friesen, CEO and chief extractor at Heylo Cannabis in Seattle, which sells wholesale THC extracts to other cannabis companies. 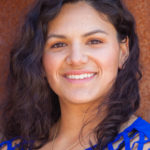 “Prices in the New Year are going up everywhere, and that’s not happening in this industry. In fact, I’ve seen a number of companies continue to lower their prices, which is completely wild.”

“At least in Washington and other developed states, you can’t do it (raise prices). No one is able to communicate these price increases right now and show the big picture. In other industries it’s very normal to raise prices, but not us.”

Inflation in the overall economy reached historic highs this week, when the U.S. reported that the November producer price index – a government metric of average changes in selling prices across all industries – rose 9.6% over the prior 12 months. It was the biggest jump since the index was first calculated by the U.S. Bureau of Labor Statistics in 2010.

According to sales metrics tracked by Chicago analytics firm Brightfield Group, which tracks nationwide CBD sales, consumer CBD prices ticked down in 2021 and consumers were more likely to choose CBD product formats with lower price points, instead of higher-concentration formats such as tinctures.

“In earnings calls throughout 2021, numerous industry-leading companies have cited that they are still seeing price compression, especially in direct-to-consumer channels,” analyst Matt Zehner told MJBizDaily in an email.

And in THC dispensaries in several states, prices stagnated or in some cases fell.

According to Seattle-based cannabis data and analytics company Headset, which tracks marijuana sales in 15 markets in the U.S. and Canada, equivalized prices (meaning a comparison of retail prices expressed in a common unit) for marijuana flower were 1.5% lower in December than they were in January of 2020.

Equivalized THC prices fell even more for vapes (down 21%) and edibles (down 26%) between January of 2020 and December of 2021 in those states, Headset reported.

Cannabis operators told MJBizDaily that they simply don’t see how they can raise prices in the ultracompetitive market. 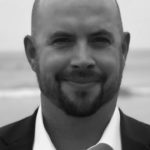 “The prices increased from suppliers around 30%” in the last year, said Dominick Volpini, vice president of Cloudious9, which makes vaporizer hardware and accessories in Fremont, California.

“It does shave some profit or margin off of the products, but we’re not going to be passing those costs on to the consumers with our current product portfolio.”

He pointed out that his company sells a $60 cannabis grinder where competitors list marijuana grinders for $20.

“We don’t feel like it would be in our best interest to raise the price right now.”

Volpini said his company will simply hope to recoup costs through higher prices in the future.

“At the same time, we’re fighting actively against increasing prices. And I think if prices do go up, we’re going to have to figure out from a brand perspective, how can we offer value that’s relative to the increase in the price.”

That’s a smart pricing strategy in a young industry with limited consumer knowledge about how cannabis products are made and how much they should cost, said Andrew Livingston, director of economics and research at Denver-based cannabis law firm Vicente Sederberg.

“Consumers right now, everyone knows that inflation is happening,” Livingston said. “So I think this is a great opportunity to be honest with your consumers.”

He advised cannabis operators to make sure customers understand how COVID-related supply-chain issues have affected an industry many wrongly think is confined to state lines and unaffected by global supply-chain delays. 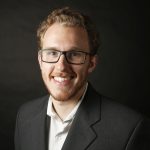 “Be specific,” Livingston said. “If you’re feeling the squeeze on a certain sort of product, talk to your marketing team, talk to your budtenders about what is happening so they can educate your consumers.

“If you’re increasing prices, you should make sure that you’re doing so thoughtfully and tying it directly to what is actually causing it. And I think consumers will understand that, because they’re seeing that for many of the other products they purchase outside of a cannabis dispensary.”

Learn more about practices to optimize your supply chain in this free report.