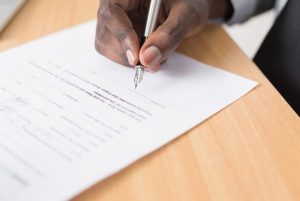 Intellectual property is playing an increasingly important role in cannabis industry acquisitions and other deals as businesses look to get a leg up on rivals by purchasing or investing in companies holding valuable patents, trade secrets, copyrights and trademarks.

This comes as hemp and marijuana companies seek to increase their value through IP by differentiating themselves from their competitors and making their businesses more attractive for acquisitions and other transactions, according to experts.

The importance of IP was highlighted in two recent deals:

The intellectual property will be effectively shared, and the companies are free to capitalize on that IP independently of one another.

“We believe that product innovation backed by core fundamental R&D is necessary to establish a long-term competitive advantage in the cannabis industry,” Paolo De Luca, Organigram’s chief strategic officer, said in a statement last month when the deal was announced.

In the case of GW Pharma, Jazz was attracted to the British company’s cannabis-based epilepsy medicine, Epidiolex.

“Looking at the cannabis industry,” Fu added, “it has become more challenging to be seen and heard.”

IP is an important option for doing so.

“Intellectual property, be it a patent, a trade secret or brand, is only valuable to the extent it provides a competitive moat around a business that leads to defensible market share, higher pricing and/or margins,” said Mike Regan, founder and analyst of Denver-based MJResearchCo.

“GW Pharma’s IP was an FDA-approved prescription drug, so that is valuable – re-creating it would take years and millions of dollars,” Regan explained, referring to the U.S. Food and Drug Administration.

Speaking to analysts on Feb. 3, the day the deal was announced, GW Pharma CEO and co-founder Justin Gover said: “There’s still more to come, I think, even within Epidiolex itself. This is an IP estate that is going to continue to build, and we think is going to be a strong and compelling one.”

IP a focus in Australis investment

Australis’ Fu said IP was an important part of the joint venture agreement that his company announced in March with British Columbia, Canada-based 3 Rivers Biotech.

3 Rivers is an agricultural technology company specializing in commercial-scale micropropagation for marijuana, hemp and traditional crops such as vegetables and fruit.

3 Rivers will own 85% of the joint venture – which is focused on marketing plant-tissue culture offerings – and Australis will hold the remaining 15% stake.

“The 3 Rivers IP is well protected, much of which resides with the founders and principals, so it is not something that is easily transferrable,” Hu said.

“3 Rivers has developed a considerable amount of IP that is locked in as the ‘owners’ of the know-how are principals in the company, so hiring them away is not a realistic option,” Allen said.

“The IP at 3 Rivers consists both of (provisional) patents and ‘secret sauce’ know-how.”

“In general, many companies in the cannabis industry are investing in patent protection with the expectation that this will enhance company value, whether for purposes of competition or valuation (or both),” Pelletier added.

The importance of IP for cannabis companies is similar to that in pharmaceutical, tobacco, cosmetic and food and beverage firms, which “have been in this boat for a long time.”

Without identifying specific companies, Pelletier pointed out, “We have already seen patents play a significant role in high-profile mergers and acquisitions in the cannabis industry. We expect that trend to continue, and likely intensify.”

The importance of IP for cannabis companies can’t be overstated, according to California marijuana attorney Christopher Gonzalez, a partner in the Los Angeles office of Leech Tishman.

Intellectual property is “super important, immensely important” and can “make or break a company” in terms of whether it can be sold for (a) premium, Gonzalez said.

Patents and other IP can be a way to show that a marijuana company is “superior to its competitors,” Gonzalez added.

Currently, he is working to patent a microdosing marijuana edible.

“Without going into too much detail, we are in the process of looking of getting a patent for the method of ingestion.”

The firm also might later explore seeking a patent on the chemistry of the product, he said.

About six months ago, Gonzalez and two other Leechman Tishman attorneys co-wrote a story for the company’s website titled “Patents in the Cannabis Industry.”

The story identified four major categories in which a cannabis grower or processor might be able to file a patent for a cannabis product or business:

Matt Karnes, founder of New York-based Greenway Advisors, said it is crucial that cannabis firms get legal advice to protect their patents, because they can be extremely valuable.

“Like in any other industry, patents and R&D efforts are generally accretive – cannabis is no exception.”

As new technologies evolve, patent protection is becoming increasingly important in the area of plant cloning, he noted.

“IP can be a differentiator between commodities, such as raw flower or THC/CBD extract, and branded solutions to customer needs, which can charge premium prices and enjoy higher margins,” Regan said.