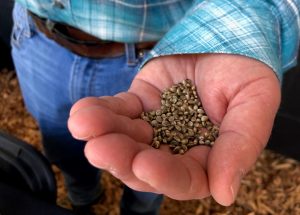 In the two years since hemp became a legal commercial crop in the United States, producers’ challenges in sourcing a consistent supply of predictable, reliable genetics haven’t subsided, as the industry establishes itself and plant-breeding efforts continue.

Growers looking to source reliable hemp genetics may consider looking at seed from varieties that have been produced following standards administered evaluated by a seed certifying agency.

Seed certification standards are adopted by the Moline, Illinois-based Association of Official Seed Certifying Agencies, better known as AOSCA, and administered at the local level by seed-certifying agencies.

The requirements for seed certification for varietal purity are outlined in the U.S. Federal Seed Act and have been applied to other agricultural crops for decades, with hemp being a recent addition.

The end goal is to enable seed companies to produce and market genetically pure seed. This benefits seed customers by assuring they receive the pure variety they purchased.

Seed certification is new to the hemp industry and some misunderstandings exist about how the process works, AOSCA CEO Chet Boruff told Hemp Industry Daily.

“The first step starts with a plant breeder who has developed a new variety of a crop type. They submit their new variety for a variety review,” Boruff said. 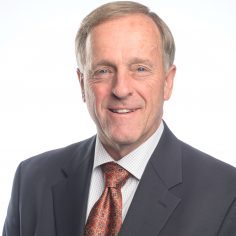 “The review follows steps outlined in the Federal Seed Act, including a thorough explanation of the breeding history and techniques used to develop the variety, as well as characteristics to confirm it is distinct, uniform, and stable.”

If the new variety meets the criteria, it is placed on a list of varieties eligible for the production of a class of Certified seed.

The second step involves the production of seed, or in the case of hemp, clones or transplants; AOSCA has standards for all three types of propagation. The variety owner would apply to the local seed certifying agency to multiply the variety’s parent seed by growing a seed crop for sale using the AOSCA standards to maintain varietal purity.

The process for growing Certified seed starts before the crop is planted. Depending upon the state, a seed certifying agency, such as the Oregon Seed Certification Service at Oregon State University, must conduct field or greenhouse inspections on the growing seed crop.

A company or entity seeking seed certification for that variety must have permission from the breeder or owner of the variety to produce it as Certified seed.

“At the end of that process, if the third-party certifying agency agrees that you’ve met all the standards, then they give you a recognizable tag to put on the bag or the container of that seed,” Boruff said.

“That would be the signal to the customer that they’re getting the variety they paid for and a third party validated that.”

But here’s where it can get confusing, and it’s a key factor for growers to keep in mind, Boruff told Hemp Industry Daily.

“Simply because a variety is on the eligibility list for seed certification does not mean that the subsequent seed grown from it is automatically Certified seed,” Boruff said.

Seed from a variety that is on the AOSCA list of eligible varieties for seed certification must be grown according to AOSCA standards, under the supervision of the local certifying agency.

If not, the certifying agency cannot attest that the seed in the bag is the pure variety.

“In my world, certified uses a capital C. It’s a very definite use of the term, in both AOSCA Standards and in and Federal seed law, applied to a known variety,” Boruff said.

“Some people have put together lists using certified as a more generic term, meaning tested or approved or registered. That is different from our use of Certified when it comes to eligible varieties.”

Hemp growers who are looking to buy Certified seed from one of the varieties on the eligibility list should seek out a plant breeder or seed vendor, and ask to see the seed label or the documentation, which tells where the seed was grown and which agency certified it.

“If that vendor doesn’t have a tag and is trying to give you the run-around about the documentation, I would suggest that you turn and run the other direction, because they probably are not selling Certified seed,” Boruff said.

“A seed grower that has taken the time and effort to grow Certified seed is very proud of the investment they made to add value to their crop. They’re going to be quick to give you that documentation.”

Most current eligible varieties originated outside the United States, in Canada and Europe, and are produced for seed, grain or fiber. These varieties have been reviewed by certifying agencies in their originating countries.

“Certifying agencies recognize one another’s review, so if a variety was listed in Canada or Europe, we would recognize it as well, and they would do the same for new varieties developed in the United States,” Boruff said.

AOSCA has been adding varieties to the seed certification eligibility list that have originated in the U.S. and gone through the variety review process.

New West Genetics in Colorado was the first U.S.-based company to receive AOSCA eligibility for its NWG-Elite variety, in 2017. The company received eligibility for another four dual-purpose CBD-grain varieties this year.

Ten more U.S.-produced varieties have received eligibility for certification and more are nearing eligibility, according to the list.

In addition to standards for hemp seed varieties, which were developed in 2014, this past year AOSCA passed standards for seed transplants and vegetatively propagated clones.

“AOSCA does not publicly publish its standards – for a reason,” Boruff said.

“AOSCA standards are minimum standards and an individual agency – and there’s one in each state that does seed certification – has the authority to develop their own standards, so far as their standards are more robust than AOSCA’s,” Boruff said.

If AOSCA were to publish its standards, a plant breeder, seed supplier or grower may think those standards apply in their state, but that may not be the case.

“The other reason is that the AOSCA standards are not easy to understand for those who don’t have a background in certification or in plant breeding,” Boruff said.

“To avoid that confusion and ensure that growers get off to a good start, AOSCA recommends that growers contact the seed certifying agency in their state to make sure they are working with their applicable standards, and then the state agency can help answer any questions.”