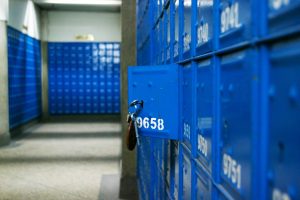 Months of delay for a U.S. ban on shipping vaporizer components has left hemp and marijuana operators wondering if they should prepare for shocks to their business models or proceed as usual and hope the rule never comes to fruition.

The ban was supposed to take effect in April, the result of a 2020 law that prohibits the U.S. Postal Service from shipping vaping products. The ban included components without nicotine and could eliminate direct-to-consumer vape shipping.

But in April, when the USPS said it planned to publish details about enforcing the ban, the agency said it needed more time to review public comments about it.

“In order to ensure thorough and thoughtful consideration of the complex issues … the Postal Service is unable to publish a final rule” by the April target date, spokesman David P. Coleman said in an email to Hemp Industry Daily.

The delay is frustrating for hemp and marijuana operators that ship vape products. (Marijuana products can’t legally be shipped in the United States, though empty cartridges and batteries are commonly mailed to businesses and consumers who fill them with cannabis oil.)

“We sell empty hardware. We’re not a cigarette. But we all got swept up in this,” said Dana E. Shoched, owner of O2VAPE in Lambertville, Michigan.

Shoched and other vape manufacturers say they have pivoted to private delivery to continue business without using the USPS. Large, private-delivery services such FedEx and UPS already have stopped shipping vape components in response to the law, forcing vape manufacturers to find niche operators to move product.

Earlier this month, some 400 vape companies appealed to FedEx to reverse its delivery ban, to no avail.

“Without the option to order vaping products at wholesale or ship their products to consumers, vape stores have seen their shipping options skyrocket in cost or evaporate entirely,” the companies wrote in an appeal first covered by Filter, a New York news agency that covers global drug policy.

“In the middle of a global pandemic, when shipping is absolutely through the roof,  instead of having something get here in three to four days, it can take three to four weeks,” she said.

“We have worked with our clients to get around the uncertainty by only using private shipping companies and by delivering in pallets, not individual products,” CEO Arnaud Dumas de Rauly said in a statement.

“We’re watching this news, and there’s a potential that we might not be able to have these things – or they’ll be harder to get or (have) delays in the supply chain,” Phan said.

Some vape operators who declined to be named told Hemp Industry Daily that they are proceeding as usual and hoping the rule never goes into effect.

The USPS had no update on when the final rule might be published.

“The comments we have received are still under review,” USPS spokesman Roy Betts said in an email, adding there is “no projected timeline for publishing the rule at this point.”