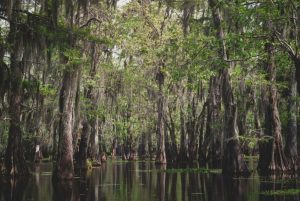 Agriculture officials in Louisiana have begun issuing the first hemp production and handling licenses to farmers, processors and transporters, while businesses ranging from gas stations to pharmacies have received the go-ahead they need to sell products containing CBD in the state.

As one of the first three states to receive federal approval for its state production plan, Louisiana opened the application process for hemp handlers.

“Our Industrial Hemp Program administrators worked hard to ensure the regulatory framework was in place as soon as feasibly possible and in time for the 2020 planting season,” Mike Strain, Louisiana’s Department of Agriculture and Forestry commissioner, said in a statement.

Because the state did not have a pilot research program under the 2014 Farm Bill, it was required to receive approval for its hemp production program from the USDA under the 2018 Farm Bill.

Last fall, Strain predicted that up to 200 farmers would apply for permits to grow hemp in 2020, with up to 80,000 acres of production.

Unlike commercial farmers, the state’s two agricultural research institutions – Louisiana State University and Southern University – will not be required to destroy hemp crops with THC content above 0.3% THC.

The Louisiana Alcohol and Tobacco Control board has so far issued licenses to nearly 1,500 businesses that applied to sell CBD products, according to The (Baton Rouge) Advocate.

Louisiana retailers had to wait until June 17 to apply for permits to sell CBD products.

But, by September, authorities had awarded 775 temporary permits to liquor stores, gas stations and CBD-specific shops that want to sell CBD.

The state’s Office of Alcohol and Tobacco Control received more than 1,000 permit applications after passage of a law outlining how retailers can sell products containing CBD. The agency started the process in June.

Temporary CBD sales licenses will expire this month, when permanent rules go into effect. Retail permits were to be capped at $175 a year.

Under the Louisiana law, hemp-derived CBD products can be sold if they have no more than 0.3% THC.

However, the state bans smokable hemp products and CBD in alcoholic beverages and foods, saying those won’t be allowed until federal authorities approve CBD as a food additive.

For in-state sales, CBD products must: