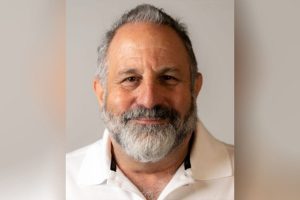 The low-THC cannabis plant has seen some intense ups and downs even before its third birthday as a nationally legal crop.

Perhaps no one has had a better front-row seat to the hemp industry’s wild gyrations than Zev Paiss, who was founding executive director of the National Hemp Association after years of advocacy.

He still believes that industrial hemp will be looked back on as one of the most disruptive industries of our time.

Hemp Industry Daily spoke with Paiss ahead of his appearance at MJBizCon in Las Vegas. Paiss appears Oct. 21, and MJBizCon runs Oct. 19-22.

In your estimation, how has nationwide hemp legalization gone?

Since hemp became federally legal in 2018, there’s been a real resurgence or a kind of a real increase in people participating, especially farmers.

But unfortunately the market didn’t really grow as fast as the supply grew. And then we had oversupply in 2019 and 2020, and now we’re just slowly rebuilding.

Was this a foreseeable boom-and-bust cycle?

There are a lot of factors. The USDA (U.S. Department of Agriculture) process of rulemaking took a while, but it was also very transparent.

They received over 5,000 comments on their interim rule and they incorporated a number of those. … So I think they are doing the best they can for a huge bureaucracy. But we’re still very much in the early stages of figuring out what makes sense.

Now the FDA (Food and Drug Administration) is another story.

They said early on that the cat was out of the bag (in regards to CBD). But even saying that, they haven’t given us any real official guidelines.

Congress is being tapped to basically override the FDA, which they can do, and make some changes at that level.

I don’t see FDA making much movement right now, so it’s going to have to come from another direction.

And the other thing that’s important to understand is that the huge increase in growers was because we all know the potential here, and we just assumed that the market would continue growing. But we bumped up against the lack of guidance from the FDA

Has anything surprised you since 2018?

The adoption of the legal framework has certainly gone slower than I and most others assumed it would, especially once the 2018 Farm Bill essentially made hemp 100% legal.

We thought that would really open the floodgates for all the other alphabet-soup agencies out there, but it hasn’t.

I think the internal struggle between the different federal agencies has been a bit of a surprise.

We’re expecting another big decline in hemp acreage this year, even as we keep hearing that folks are pivoting to fiber, which takes more acreage then craft flower production. What do you make of the current landscape?

I think we are going to see another notch down in total acres harvested.

Part of that is because so many farmers chose to step out and to not plant again.

We have tens of millions of pounds of products sitting in warehouses all over the country.

A lot of farmers just said, ‘I’m not going to plant anything new until I’ve sold off or done something with what I have.’

Also I think what we’re seeing is that the market is beginning to mature.

We’re now seeing farmers who have really good systems in place, and they have buyers already lined up.

They’ve got their supply chain, they’ve secured their seeds.

So as the supply chain starts to become more and more solidified, we’re going to start seeing who’s out there that can really make a living doing this.

You’re leading a new fiber council within the Hemp Industries Association. What does the fiber landscape look like right now, and where do you see opportunities?

Farmers are a very conservative lot for the most part. Before they put seed in the ground, they already know who’s going to buy what they’re growing.

I think that’s the first guideline. Don’t plant on speculation now because this is a new industry and we’re still building the markets.

You really need to grow at scale in order to make the economics work. The challenge right now is that the whole buyer side is really just starting to solidify.

So the guidance that I give is to be really cautious about what you’re going to do, and don’t grow too much at the beginning, especially if you don’t have a buyer.

The low-hanging fruit would definitely be various different types of animal bedding, because you don’t really need to do much to it except maybe glide it up a little bit to make it consistent and clean it, get the dust out.

The challenge always is price. The kinds of products that hemp is going to be replacing are very inexpensive.

What about hemp textiles?

When people think of hemp fiber, the first thing they think about is clothing, and that is the most complicated, most heavily processed product that you could make from hemp.

So the reality is, we’re not going to have much of that happening in the U.S. for a while. There’s so much infrastructure that has to happen. … The simpler thing to do is what’s called nonwovens.

But aren’t all companies looking for sustainable components?

I was a sustainability consultant educator for like 20 years. So I understand the overarching philosophy there.

As soon as it becomes noticeably more expensive, sustainability pretty much goes out the window, unless they’re a huge company and can afford to lose some profit in that process.

So while hemp is extremely sustainable in a lot of different ways, a lot of companies can’t really take advantage of it yet because it’s just not big enough.