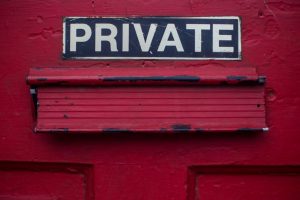 Some in Michigan’s fledgling hemp industry are concerned that a state privacy law preventing agriculture officials from disclosing hemp farmers’ identities and locations could negatively affect their businesses.

As a stipulation under the 2018 Farm Bill, applicants who seek to produce and process hemp must give their GPS coordinates.

But the Michigan attorney general’s office has determined that all information regarding hemp license holders is exempt from public release, a limitation written into Michigan’s hemp law to protect farmers’ safety and secure their crops.

Michigan is one of a few states that does not offer a public listing of hemp farmers and processors, according to MLive.com.

“This type of protocol may also be consistent with state laws that safeguard information concerning members of the public,” Colleen Keahey Lanier, executive director of the Hemp Industries Association, told Hemp Industry Daily.

Many other states, including Colorado, Oklahoma and Oregon, disclose participants in their hemp programs.

“If there’s nothing prohibiting (a state) from sharing (hemp farmers’ information),” Lanier said, “then they may choose to make it public with the intention to incentivize business relationships and industry outreach.”

The lack of a public list of state-approved hemp farmers and processors in Michigan is creating a problem as hemp businesses don’t know who is participating, making it increasingly difficult to build business connections.

“How can we verify they are who they say they are, or can they only sell to people who are licensed to process the hemp in the state, which is public information?”

Gallagher said that after he disclosed GPS coordinates for all his locations, he was under the impression that hemp license holders’ information would be public.

As a processor who started sourcing product internationally six years ago, Gallagher said he has been carefully adding to his network of farmers from Colorado and Kentucky. But he hoped to work with Lansing-area farmers he met when he signed up for his Michigan license.

“I know this will take a couple of years to be a viable crop in the state as people learn how to grow, but then harvest and ensure quality,” Gallagher said.

“It’s their first season (and) it’s going to be bumpy, with all the rain and late planting,” he said. “We don’t know what the department of ag is going to do, and the local police will be thinking it’s marijuana.”

Not having a public list to differentiate licensed hemp farmers from marijuana growers could be an issue, he said, especially with farmers potentially shipping plants within Michigan and across state lines for processing.

“I think once the dust settles in a year or two, people will be more open and willing to talk.”

Geoff Whaling, chairman of the National Hemp Association (NHA), said hemp farmers’ names and contact information should not be public but available to police and other hemp producers.

“Congress designated hemp to be a commodity crop, like corn, and I know that corn growers are entitled to their privacy,” Whaling told Hemp Industry Daily.

“That being said, I do know that in order to assist law enforcement with what we have seen are mistaken reports that marijuana is being grown, we know that GPS coordinates must be made available.”

Michigan hemp farmers are also worried the threat of cross-pollination from hemp crops grown for grain or fiber could jeopardize hemp grown for CBD and other cannabinoids.

Whaling said the NHA testified to this issue before the recent Senate hearing to update lawmakers on the new hemp industry.

“In trying to address the crop pollination challenges that we are seeing across the country, we need to find a solution so that those growing CBD under permit know where those growing fiber and seed under permit are located,” Whaling told Hemp Industry Daily.

NHA recommended that states should collect data pertaining to the type of hemp each permit holder intends to grow and for what purpose.

“That information should be made available to the other permit holders in the state in order for them to coordinate with each other, based on location and/or for each permit holder to be able to make decisions based on risk assessment,” the organization said in prepared testimony.

Meanwhile, hemp farmers in Michigan and other states with laws in place to protect their identities can take matters into their own hands by joining industry groups and promoting their businesses.

“I suggest hemp farmers connect with their state ag extension offices and ask about events or organizations focused on hemp,” Lanier said.

Gallagher said Michigan farmers will have to get creative about finding processors and other partners.

“They need to get out and sell themselves to people like me, as this is an agricultural crop,” he said.