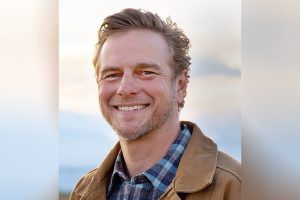 Minor cannabinoids have been gathering interest among growers and extractors over the past year, with research on CBG, CBN, CBC and THC-V showing unique health benefits for consumers.

But are consumers even aware of these molecules and is there demand in the marketplace? And are there genetics available that can yield enough of these minor cannabinoids to make them worth the investment?

Jonathan Vaught, CEO and founder of Front Range Biosciences, a hemp and cannabis genetics producer in Lafayette, Colorado, said that although consumer awareness and interest is still in the early stages, the genetics are coming online for growers to begin producing hemp for minor cannabinoids.

His company is launching a new line of THC-V genetics in collaboration with partners in the marijuana space in California and Colorado as well as working on developing hemp-compliant THC-V genetics along with genetics that are dominant in other minor cannabinoids.

Hemp Industry Daily caught up with Vaught to discuss his viewpoints on the future of minor cannabinoids.

How does THC-V differ from other minor cannabinoids?

That being said, THC-V has been rarely observed … and it’s generally produced at fairly low levels because, for multiple reasons, biologically, it’s a mutation in the pathway that allows it to produce THC-V.

With the technology that we’ve developed, we are now unlocking that. There’s a variety that’s producing 20% plus total cannabinoids and it’s close to 1:1 THC-V to THC. That’s why the first launch, with our partners out in California, are taking this to market in the regulated cannabis space there.

So that’s just Step One – biologically, it makes more sense for high THC-V to be in the cannabis bucket. We are working on helping develop hemp-compliant versions, as well, but because of the biology, it is more challenging.

We’re discovering things about the genome and about how this plant works, from an underlying biology perspective, that will enable us to directly develop hemp-compliant versions of high-THC-V-producing plants as well.

What excites you most about THC-V, for both consumers and the industry?

We see THC-V as such an interesting cannabinoid. People are reporting really exciting characteristics – things like appetite suppression, stimulant qualities and a less-intoxicating type of experience.

This is a really exciting new ingredient from a consumer-product perspective because it really can begin to change the landscape of the type of experiences that are available to consumers through cannabis.

By improving not only the total amount of THC-V that gets produced in the plant but also some of the other characteristics – high terpenes and total cannabinoids – it produces more weight and more flower, and it’s more vigorous.

Those are all the things that are going to make it easier for growers to produce this and introduce it in the supply chain.

So, you combine that with the excitement on the consumer-product side and the opportunity for brands and consumer cannabis products to be available that provide customers new experiences – that combination is what is so exciting here.

And I think we’re honestly just getting started.

In general, it’s been somewhat elusive to growers and breeders and in the supply chain, so you just don’t see a lot of THC-V products out in the market yet – consumers generally don’t know much about it.

There’s a fair amount to learn about it from a consumer education and total market perspective, but it’s the same for other cannabinoids, too.

You could say the same thing about CBD six or seven years ago. … All that changed once it was discovered that there’s a real medical benefit, and now CBD is a whole industry.

Growers have been excited about some of the minor cannabinoids, but they’ve held back because the genetics haven’t been there or they weren’t sure of the demand. Is it safe to go ahead and start growing for minors now?

The underlying philosophy is the same for all cannabis growers. A lot of companies learned this the hard way, but, generally speaking, before you grow something, you want to know where that crop is going to go, right? What is your market for the end-use product? Is it a flower crop? Is it a CBG crop? Is it a THC crop?

If you look at it through the lens of traditional agriculture and other crops and other supply chains, it really is about, is there a market, who’s going to buy it, and what are the reasons they’re going to buy it for? And that’s why growers should be growing things.

How do minor cannabinoids fit within the growing wellness category?

I think there’s a huge opportunity.

It’s a big trend on the consumer side but also from the medical research side that we can be healthier as a society and as people if we eat better, if we take things that are more preventative in terms of wellness versus waiting to have a real problem and then trying to treat it.

We know that the endocannabinoid receptor system is throughout almost every major organ system in our body, and we know that it’s involved in a number of different physiologic processes that are happening in our bodies that either affect disease or wellness.

Combine that with the fact that there are well over 130 unique cannabinoids produced in this plant – maybe even more at this point – and some we haven’t even discovered.

Also, cannabinoids have been generally safe compounds. There are no reported examples of extreme adverse events or deaths, and there are limited clinical studies. But in the ones that are out there, cannabinoids seem to be fairly safe.

So all that together is the recipe for an incredibly exciting area of growth in the wellness sector.

I think there’s room for both in the supply chain.

If you’re talking about an active pharmaceutical ingredient that needs to be 99% pure, there may be applications where synthetic biology is the right way to support that supply chain.

Whereas, if you look at a full-spectrum or a broad-spectrum extract, that’s more of a wellness product.

You don’t want a pure compound. You’re looking for the combination of cannabinoids, flavonoids and terpenes – and the other amazing things that are found in this plant – all together in a consumable package.