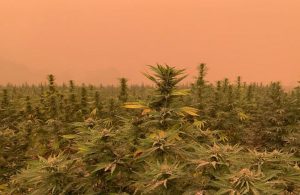 A version of this story appeared on MJBizDaily.

Crop production conditions this year are, in a word, risky.

From record drought conditions throughout the U.S. and especially across the Western regions, to hurricanes and floods hitting the Eastern states, hemp and marijuana producers are rightly looking to protect their investments to ensure their crops don’t literally go up in smoke.

But securing insurance for a crop that has been federally illegal for so long has been tricky, at best.

When hemp became a legal crop in 2018, producers also gained the ability to secure crop insurance through the U.S. Department of Agriculture, in addition to paying for private insurance policies.

As more states legalize medical and recreational marijuana, commercial insurance providers have been gearing up to expand coverage; however, there are limits on how far that coverage will go, causing some producers to opt out entirely.

The USDA’s Risk Management Agency is working with crop insurance companies to streamline payments to policyholders in drought areas, the agency announced earlier this month.

The agency is extending crop insurance deadlines to help producers, due to the widespread drought, giving them more time to pay premium and administrative fees.

Hemp producers with crop insurance policies should contact their agents when they notice damage, to allow the insurance company time to appraise the crop prior to cutting or replanting.

Although all insurance is ultimately considered disaster insurance, many insurance companies do not offer crop insurance for outdoor cultivation fields, according to Charles Pyfrom, CMO of cannabis-focused managing general insurance underwriter CannGen Insurance Services, based in Rancho Cordova, California.

“There are no controls in place – no sprinklers, no alarm mechanism, nothing to say, ‘Hey, I’ve got an issue, let me stop that,’” Pyfrom said.

“Our carriers that we represent don’t have a risk appetite for that, and so a lot of those large open scale farm type exposures usually go to more traditional farm-based agricultural markets, which are starting to entertain more of the hemp operators these days than they have in the past.”

Some boutique insurance companies provide bespoke policies that include crop disaster insurance for outdoor cultivators, including drought, wildfire, and inclement weather events like hail that can cause total losses, but the cost may be too prohibitive, Pyfrom said.

“To some degree, it’s just going to be a matter of how much are you willing to pay for it,” he said.

Many insurance agents sell both federal and private insurance policies, so they have the tools to help hemp farmers create custom programs.

“Sometimes other causes of loss are excluded in a policy, so that’s where we come in to find the best deal specific to each operation and risk appetite,” Kleid said.

Most farmers know their land and know what they need, he added.

For smaller farmers and lower-level coverage, building custom coverage based on multi-peril crop insurance is a good option. However, larger hemp farms and cultivators that have taken on investors might want to consider high-deductible plans, Kleid said.

“Probably the best solution for the larger farmer is a hybrid between traditional indemnity or parametric insurance coverage and surrounding that with a dollar-one captive insurance solution,” he said.

Private policies can include:

On the other hand, insurance companies are more willing to cover disaster events like wildfire or general fire insurance for indoor cannabis cultivators, operating in a greenhouse or warehouse.

“If there’s a wildfire that rips through San Diego and takes out a cultivation facility where they have living plants, is that covered? We certainly entertain that … all day long,” Pyfrom said.

While insurance companies already provide a broad suite of services to help cannabis companies sustain their growth plans, federal legalization of recreational marijuana would be a huge step forward, both for cannabis businesses and the companies that insure them, Pyfrom said.

But companies that are making, selling and marketing lab-created products such as delta-8 THC and delta-10 THC, as well as derivatives of these such as THC-O-acetate, may find it harder to secure insurance.

Because of the unregulated nature of the cannabis market and insurance being a state regulator issue, it’s already too much gray area, and insurance companies want to avoid having to develop 50 versions of a policy based on individual products, Pyfrom said.

“Since we write in such a broad approach, until there’s really clear and concise (rules) and that gray line isn’t being skirted, we’ve just chosen to stay away.”

Hemp companies that are already “grandfathered in” with policies and diversifying with delta-8 and other lab-created products won’t necessarily have their policies yanked, Pyfrom said.

“Just like not every risk is created equal, not every operator runs their business in the same way,” he said.

“But we do ask about it during the underwriting process, and if we find that delta-8 (THC) is a major component of what they’re doing, there’s a good chance we choose decline the risk, or at least talk through the nuances of ‘What are you doing, how are you making sure it is legitimate and above board?’”

Learn more about federal and commercial insurance options by downloading this report.