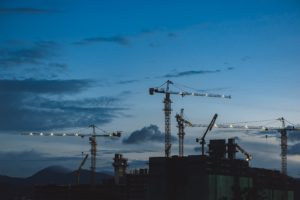 Hemp’s opportunity to shine as a carbon-storing building material has arrived.

The U.S. Department of Energy has earmarked $45 million to support the development of technologies that can convert building into net carbon storage structures.

The agency announced Monday that it is pioneering technologies to overcome existing barriers including the current expense, scarcity and geographic limitations of carbon-storing building materials.

The move aims to help remove carbon from the atmosphere while the supply chain for carbon-storing building materials is being developed, contributing to President Joe Biden’s goal of reaching net zero emissions in the U.S. by 2050, the agency stated.

“As it has done in so many other sectors of our economy, (the agency) is going to try to change the game yet again.”

The DOE’s Advanced Research Projects Agency-Energy will spe3nd up to $41 million on a project called Harnessing Emissions into Structures Taking Inputs from the Atmosphere (HESTIA). The goal is to develop carbon-negative building materials and building designs that will remove carbon from the atmosphere during the production process and store carbon in the finished product.

The DOE is providing another $4 million to develop building life-cycle-analysis tools and frameworks for carbon drawdown and storage in building construction.

According to the DOE, greenhouse case emissions associated with material manufacturing and construction, renovation and disposal of buildings at the end of their service life accounts for 10% of total annual emissions in the United States. Those emissions can be concentrated at the start of a building’s lifetime.

Successful proposals for HESTIA funding, according to the DOE, will reduce the environmental footprint from the production and use of domestic resources, and use building materials and designs that remove carbon dioxide from the atmosphere and store carbon in the finished product.