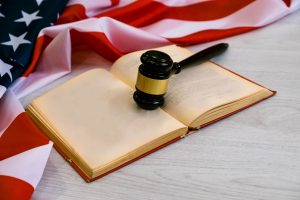 The Hemp Industries Association and businesses that served as co-plaintiffs will not ask a federal appeals court to take another look at their unsuccessful challenge to a 2016 rule by the U.S. Drug Enforcement Administration.

That rule declared that CBD is an extract of the marijuana plant and therefore illegal.

In the April 30 decision, the three-judge court rejected the challenge brought in part because hemp producers aren’t affected by the CBD rule as the products can be legally produced under the 2014 Farm Bill.

“We thought to ourselves, what more could we get out of an appeal?” said Bob Hoban, a lawyer who argued the losing case before the appeals court.

The advocates seized on that point as a silver lining and plan to ask the appeals court to publish that opinion. Such a legal maneuver that could make it easier for other courts to use similar reasoning when CBD’s legal status is challenged.

Rick Trojan, vice president of the Hemp Industries Association, said the industry is better served by highlighting the good news in the decision, rather than face another loss.

“We are going to move forward for publication so the American public can understand the ins and outs of the lawsuit and the decision,” Trojan told Hemp Industry Daily.

Hoban told Hemp Industry Daily that the CBD rule now applies only to DEA registrants, not to anyone making or selling CBD.

“This decision, it didn’t come with a nice bow on top. It came in a package we had to unwrap. But what we found inside, it was a gold mine,” Hoban said.

But not all in the hemp industry are pleased the case won’t be appealed.

Clifford J. Perry, CEO of Las Vegas-based Freedom Leaf,  said the hemp industry would be better served by even an unsuccessful appeal.

“Hemp doesn’t get you high, and it’s good for farmers,” said Perry, whose company extracts CBD from hemp and produces CBD tinctures, balms and personal-care products.

“The DEA has no business banning this. So I think they should appeal because we need to battle the federal government on every front when they’re so out of line.”

But Trojan, co-owner of a Colorado hemp farm and creator of the Hemp Road Trip advocacy tour, said the decision not to appeal the losing DEA case means the hemp industry will have more resources to challenge future DEA decisions deemed harmful to the industry.

“There will be other fights with the DEA to come, and we’d rather focus on that,” he said.

Trojan and other hemp plaintiffs are pushing for new action from Congress to protect CBD, such as including language in a new Farm Bill to state that CBD from hemp is legal in all 50 states. The Senate Agriculture Committee has approved such language in the measure, but the House has yet to act.

Until then, Trojan said, the hemp industry hasn’t been shut down because of CBD’s questionable legality.

“The businesses that I run, we’re continuing to move forward as we were before the ruling,” he said.