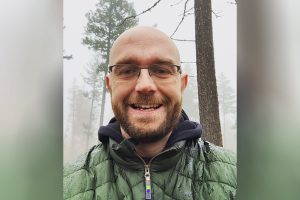 New products are hitting shelves as delta-8 THC bans in a number of states cause manufacturers and retailers to pivot away from the popular compound and try to make up sales.

The issue is THC-O-acetate – a derivative of delta-8 THC – doesn’t come with any known product or safety data, according to James Stephens, founder of Iron Light LLC in Missoula, Montana.

Stephens, a chemical engineer and microbiologist with a deep background in extraction of CBD, THC and minor cannabinoids, put out a call for safety data to his professional network – many of whom said they were moving “large quantities” of THC-O-acetate.

Nobody has yet responded, he said.

Hemp Industry Daily caught up with Stephens to find out more about THC-O-acetate, how it’s made, what it does and why it’s concerning for the hemp industry and the cannabis industry at large.

How does THC-O-acetate compare to other THC cannabinoids?

Depending on what you read out there, there’s discussion that the THC acetate is three times or more potent than THC. When people use it, they get the psychoactive effects for a significantly longer duration.

And what’s even really more interesting is (unlike THC-O-acetate derived from delta-9 THC)… this is CBD converted to delta-8 THC, now converted to THC acetate.

Are THC-O-acetate products made from delta-8 THC already on store shelves?

People are selling it right now. I think a lot of people have flipped from D-8 to the THC acetate and are trying to claim as legal because it’s not THC, or it’s not an isomer technically because they’re adding molecules to it.

It’s the same kind of game you see with a lot of the designer-drug laws. Remember all the synthetic cannabinoids that were on the market?

It’s just this race against, ‘OK, they’ve specifically banned the substance, so let’s make a new or a derivative substance that doesn’t have a specific ban against it.’

Is THC-O-acetate fairly easy to make from delta-8 THC?

This is all simple chemistry. So for anyone versed in the art – chemists who’ve done any kind of organic chemistry – none of this stuff is hard.

Now getting it super clean, so it doesn’t have a bunch of side products in it, that gets much more difficult.

How does the process compare to the chemical process used to convert other drugs, such as making heroin from morphine?

The chemistry is identical. So if you take opium poppies, it’s got a juice out of it, and reacted it, it’s no different than taking a distillate from hemp and reacting it with the acetic anhydride. You put the acidic groups on it.

Heroin is to morphine as THC acetate is to THC. It seems to make them more potent.

Are there any actual positives to THC-O-acetate? Could it potentially be a viable product if it were manufactured safely?

It’s definitely a euphoric product. …. My gut feeling is since no one has any safety data on it, I don’t think anybody knows what this product really does.

If it is more potent than THC, can we actually end up with real overdoses now?

That’d be my biggest concern, both from an industry perspective, working in cannabinoids and just general safety of this stuff is going to be sold over the counter.

What would be the impact to the hemp industry if that happened?

I think if you ended up with an overdose from a THC molecule and someone dies, that’s going to give all the prohibitionists all the reason they need to be like, ‘No THC is safe because people are going to do this stuff,’ and cause a blanket ban.

And that could be everything from the medical marijuana industry all the way through to full-spectrum hemp extract that has any amount of THC in it.

It’s like when there was an overdose on K2 or Spice, a lot of states used that as a reason to go through and ban all synthetic cannabinoids.

To your knowledge, are these products being tested?

I personally have not seen anyone pop up as a good steward of the (delta-8 THC or THC-O-acetate) space.

With minor cannabinoids, (companies) are doing a ton of really good work. You’re seeing them start pursuing safety data on these minors, so they’re being good stewards.

But when I look at this, I don’t see anyone coming forward and saying, ‘Oh yeah, we did safety data on this.’ I haven’t seen that at all.

The industry seems divided over lab-created products. What needs to happen to ensure they are safe?

The industry needs to work together to generate the safety data.

This may be a legitimate product. At the end of the day, there could easily be a place for it, whether that’s adult use or for legitimate medical uses.

There could be something there, but releasing these products without safety data is just foolish.

I was hoping (manufacturers) would send me some data … because I’m a scientist by training and I’m legitimately interested in if this compound is safe.

And what other cannabinoids could we derivatize and maybe make them better at treating epilepsy or cancer therapies or relaxation or inflammatory? Can we make CBD better?

But you need safety data because it would suck … (to) take something that’s really safe and then make it terrible. That’s the last thing that you want to do.