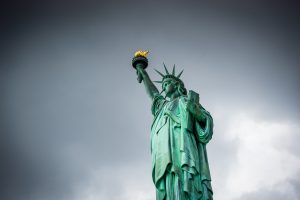 The change could potentially send a flood of hemp operators to the high-THC side of the industry. But it also leaves some big questions about the future of hemp extracts such as CBD.

The law signed by Gov. Andrew Cuomo last week makes a first-in-the-nation attempt to regulate hemp operators working with flower and cannabinoid products the same way the state oversees marijuana operators, designating a new category for “cannabinoid hemp” that will be governed by a new Office of Cannabis Management.

That agency’s new cannabis control board will set rules for both cannabinoid hemp and marijuana.

New York farmers working with fiber and grain varieties still will be regulated by state agriculture authorities, as they have been since New York legalized hemp cultivation in 2015.

That’s because when both crops are regulated and taxed similarly, it makes no sense for hemp producers to focus only on low-THC flower, said Kaelan Castetter, vice president of the New York Cannabis Growers and Processors Association.

“I think most of them are looking to enter the high-THC space,” offered Castetter, who said he’s personally considering THC production at his company, CSG Hemp, which grows and sells hemp in southern New York.

“It’s all cannabis, right?” he said. “There’s so much similarity between growing hemp for its cannabinoid content that is not THC and growing for THC content. So, why not?”

“There are people that may have been backyard (illicit) market growers that don’t understand what it’s like to grow several hundred plants or several thousand plants,” Halton said. “It’s a big transition to go from growing a couple of plants on a small scale for medicinal purposes to growing on a large scale.”

Halton warned that ambitious THC operators could flood the market, similar to how CBD overproduction caused wholesale prices to drop in the hemp sector.

“It’s just like the beef industry. When you raise a cow to be butchered, you know who’s going to process that cow to be made into steaks or ground beef,” he said.

“I just fear that there’s going to be a lot of people that are going to get into (marijuana) growing and not understand how the whole process works. It’s a valuable lesson for the people that have already been in hemp … as they transition into marijuana.”

Marijuana Business Daily projects that an adult-use marijuana market in New York would generate $2.3 billion in annual sales by its fourth full year.

But it limits smokable hemp sales to dispensaries and to people over 21.

The new cannabis oversight board can come up with additional safety protocols for smokable hemp products, as long as the rules don’t “unduly restrict the availability of cannabinoid hemp flower.”

One big question mark left by the New York marijuana law is the path to market for hemp-derived extracts such as CBD.

Those rules – which included the smokable hemp ban – had yet to take effect and now may be under the purview of the new Office of Cannabis Management. Final regulations still need to be worked out.

That means hemp-derived CBD producers are going to have to keep waiting.

“As long as hemp-based cannabinoids can be sold through mainstream retail and are not restricted in some way to the dispensaries … I’m not too bothered by it,” said Smoke Wallin, CEO of Los Angeles-based hemp products manufacturer Vertical Wellness Inc.

“The bigger question I have is: What are the rules of the road for selling various cannabinoid-based hemp products like CBD?” he asked. “I’m cautiously optimistic that there’s a path forward to selling CBD in all forms.”