Editor’s note: This story is part of a recurring series of commentaries from professionals connected to the hemp industry. Graham Owens is president of Delta Agriculture, an industrial-scale hemp raw goods producer based in Texas, and serves as co-chairman of the Government Affairs Committee for the National Industrial Hemp Council of America.

That’s one way to think about a proposed U.S. Department of Agriculture “checkoff” program for our industry. The USDA has long used checkoff programs to collect funding for research, promotion, and public awareness of certain commodities. No single company can benefit; the goal is to create programs that lift all boats.

Commodity and specialty crops from blueberries to honey to, yes, Christmas trees have these programs. They are run by independent boards and overseen by the USDA’s Agricultural Marketing Service.

The modern hemp industry has understandably had a wary relationship with the government .

For decades, it was illegal to grow hemp, so the prospect of additional links with the USDA has some in our sector feeling nervous. They shouldn’t be. Prior to being outlawed, the USDA actively supported and promoted the hemp industry and a checkoff program can be one additional step toward the re-legitimization of hemp — and toward removing its modern day stigma.

Those of us who manufacture this product know about its versatility and potential to produce a range of goods from animal feed to plastics to paper. But many in the general public still strongly associate hemp with illegality because of its close ties with still federally illegal marijuana. Despite the efforts of so many firms in this space, that’s been a hard reputation to shake. 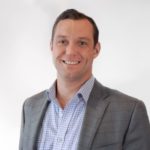 A checkoff program can help change public sentiment on hemp through public awareness campaigns. And if that’s not enough incentive, consider the straight return. Studies have shown that checkoff programs in other agricultural sectors have returned between $3 and $17 per dollar invested. That’s a 300% to 17,000% return on investment — a deal any businessperson would take any day of the week.

Consumer education is an important part of any checkoff program but the programming for a hemp checkoff can go much further. Funds can be used for product promotion highlighting the ingenuity of American farmers and processors, as well as all the different uses of industrial hemp from construction materials, automobile manufacturing, textiles, animal feed and beyond.

Funding could also be spent to showcase the hemp industry’s role in a climate-smart agriculture movement to sequester carbon indefinitely, along with and plant’s unique potential to help the U.S. meet its climate-change obligations.

Checkoffs also support much-needed research that is critical to moving our industry forward. For example, hemp and hemp byproducts currently cannot be legally used as ingredients in animal feed.

The U.S. Food and Drug Administration and the Association of American Feed Control Officials—the two main animal feed regulatory bodies—have both made clear to the industry that they want the hemp and feed industries to conduct appropriate research and submit their results for review as part of their animal feed ingredient approval process. A checkoff program can support such industry-benefitting research.

The real silver lining: As hemp transitions from a formerly illegal substance to a necessary commodity, our multiplier is likely to be even higher.

That’s partly because hemp has so many potential uses, including some we probably haven’t discovered yet. And as the public’s awareness of hemp grows, those uses will come to light, driving even more growth for the industry.

This is yet one more step for our industry coming out of the shadows and into the light.

For a checkoff program to succeed, it must be governed and run by a board of farmers free of corporate and special interests — farmers who voluntarily come together for the collective good of promoting their industry and ultimately, protecting consumers.

Before we go any further, however, there needs to be a diverse group of individuals to form a task force that will write and submit a proposal to the USDA for a checkoff program. That task force needs to be diverse in terms of the scale of production and comprise a diverse geographic sample of the hemp-producing states.

To this end, we encourage all interested industry stakeholders to reach out, voice their support and learn more about how they can help in creating this vital program.

The time is now to organize our industry to develop a hemp economy that works for everyone. A checkoff program would send a powerful signal to consumers about hemp as a mainstream product.