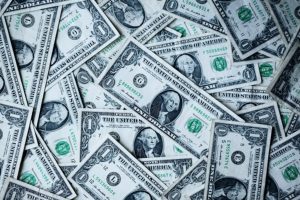 Hemp and CBD would get new attention by federal agencies under a 2021 budget plan released this week by President Donald Trump.

Trump’s proposal asks for an additional $5 million next fiscal year for the U.S. Food and Drug Administration to regulate cannabis and its derivatives, including CBD.

The budget requests come shortly after legislation was introduced in the U.S. Congress to require federal food and agriculture regulators to treat hemp-derived CBD as a dietary supplement.

That proposal came in response to the increasing popularity of the product and the FDA’s year-long delay in developing regulations.

The FDA last May started reviewing federal regulations for hemp-derived CBD after the 2018 Farm Bill federally legalized hemp and its derivatives. The review has yet to go public.

The $5 million boost in Trump’s budget would help advance the FDA’s regulations for products containing CBD while allowing the agency to enforce the law against making unsubstantiated medical claims about their products, the FDA said in a statement.

“FDA is seeing a significant increase in activity relating to the marketing of unlawful cannabis-derived products, especially those containing cannabidiol, since the Farm Bill passed,” the agency noted.

The $5 million would be divided across different FDA departments, including:

The agency said it would use the money to:

“FDA must support oversight of increasing numbers of marketed FDA-regulated products containing cannabis-derived substances that may put the public at risk,” the agency pointed out in the budget’s executive summary.

The agriculture department said it would use the money to:

The final federal spending plan for 2021 must be approved by Congress.