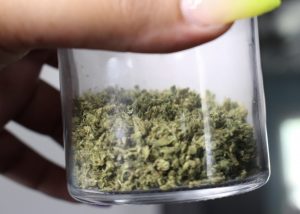 Catch up on all the hemp analysis from the Hemp Industry Daily Forum at MJBizCon2020 here.

Hemp flower growers and smokable hemp manufacturers impacted by state laws that have banned or restricted smokable hemp flower production and sales are worried that federal regulators could echo state-level restrictions on a national scale.

But according to cannabis industry attorneys, industry members can put those fears to rest, as it’s unlikely that the industry will see any federal regulations on smokable hemp products until the U.S. Food and Drug Administration – or Congress – issues regulations for hemp-derived CBD as a category.

“It’s not nicotine; it’s not tobacco; so where does it really fall under? I don’t see them regulating it any time soon at all,” Talati said during the Hemp Industry Daily Forum at MJBizCon 2020.

California-based cannabis attorney Emily Leongini, an associate with Arent Fox and former FDA attorney agreed, saying the agency has “too many other things on their plate right now.”

“Even if they wanted to exercise jurisdiction creatively … I can’t imagine it will be anytime soon,” Leongini said.

State bans on smokable hemp products don’t necessarily mean federal authorities will institute bans or restrictions on the sector, according to hemp industry insiders. But it doesn’t mean federal food and drug authorities won’t try to regulate them, either.

Smokable hemp flower in its raw form is most closely monitored by the U.S. Department of Agriculture. As long as crops remain compliant with the federal limit of 0.3% THC, it’s unlikely the U.S. Drug Enforcement Administration will take notice of the category, cannabis industry attorneys say.

“Once the product transitions from the harvested commodity to a smokable product intended for human consumption, it would arguably transfer over to the FDA’s jurisdiction,” said Garrett Graff, a cannabis attorney for Denver-based Hoban Law.

Thus far, the FDA has not made any policy statements or enforced any existing regulation under the Food, Drug and Cosmetics Act against smokable hemp products, according to cannabis attorney Shawn Hauser, a partner with Denver-based law firm Vicente Sederberg.

“The FDA has cited the need to further study various methods of intake of CBD, including smoking and vaping, as a necessity in determining its ultimate regulatory approach for hemp-CBD products, indicating that it may ultimately exercise regulatory authority over these product types,” Hauser said. “The FDA has also recently prioritized regulation and enforcement of e-nicotine devices.”

But a federal smokable hemp ban isn’t likely anytime soon, according to Jonathan Havens, a cannabis attorney and partner with the Saul Ewing Arnstein & Lehr law firm in Washington, DC.

“In fact, even federal product restrictions could be a ways off, unless the FDA considers such products to be drugs or tobacco products,” Havens said.

Down the road, the FDA will likely provide further clarity around smokable and inhalable hemp products, he said.

In light of the vape crisis of 2019, the USDA might be more concerned in the near-term future with CBD vapes than loose smokable hemp flower or derived products.
Consider:

The FDA’s March report contained an entire section on vaping, suggesting the agency is thinking about the topic as broadly as possible, including regulating CBD vapes as tobacco products or, if appropriate, as drug products.

More specifically, the FDA told Congress in March that, in addition to its “general public health concerns about vaping and CBD, vape products containing CBD that meet the definition of tobacco products will be regulated as such and cannot be marketed without FDA premarket authorization.”

Further, the FDA said CBD-containing vape products cannot be tobacco products, will be regulated as drugs and can’t be marketed with FDA-approved drug applications.

The FDA said more safety data and research is needed to earn “potential implications” from the use of vape products.

“On the drug regulation front, as we have seen with ingestible CBD products, if marketers make therapeutic claims, especially aggressive ones, we might (or) could expect the FDA to take enforcement action,” Havens said.

Meanwhile, the FDA’s regulatory regime for tobacco is broad, with its definition including “any product made or derived from tobacco that is intended for human consumption.” Unless smokable hemp products are mixed with tobacco or nicotine derived from tobacco, or include a component, part or accessory of a tobacco product, the tobacco definition would not apply.

“To the extent a marketer is selling a CBD vaping product that can only be used for that purpose, for example, it’s not a cartridge-based system in which a CBD cartridge could be swapped out for an e-liquid cartridge, the FDA would have a hard time arguing it’s a tobacco product,” Havens said.

The FDA could still decide to take an interest in smokable hemp if they think the products will be attractive to minors.

Entrepreneurs in the smokable hemp space should be careful not to make claims about their products in marketing collateral, such as positioning them as smoking cessation products.

“To the extent a smokable product was deemed to violate drug provisions or tobacco provisions, the FDA still has the authority to regulate that,” Havens said.

There are two ways that the FDA has talked about regulating smokable or inhalable products:

“So if you’re making smoking-cessation claims and to the extent you don’t have approval from the FDA to market it as such, which I imagine, folks who are making those claims with CBD or hemp products don’t,” he said. “Then, yes, you might expect that the FDA would say you’re marketing an unapproved drug product.”