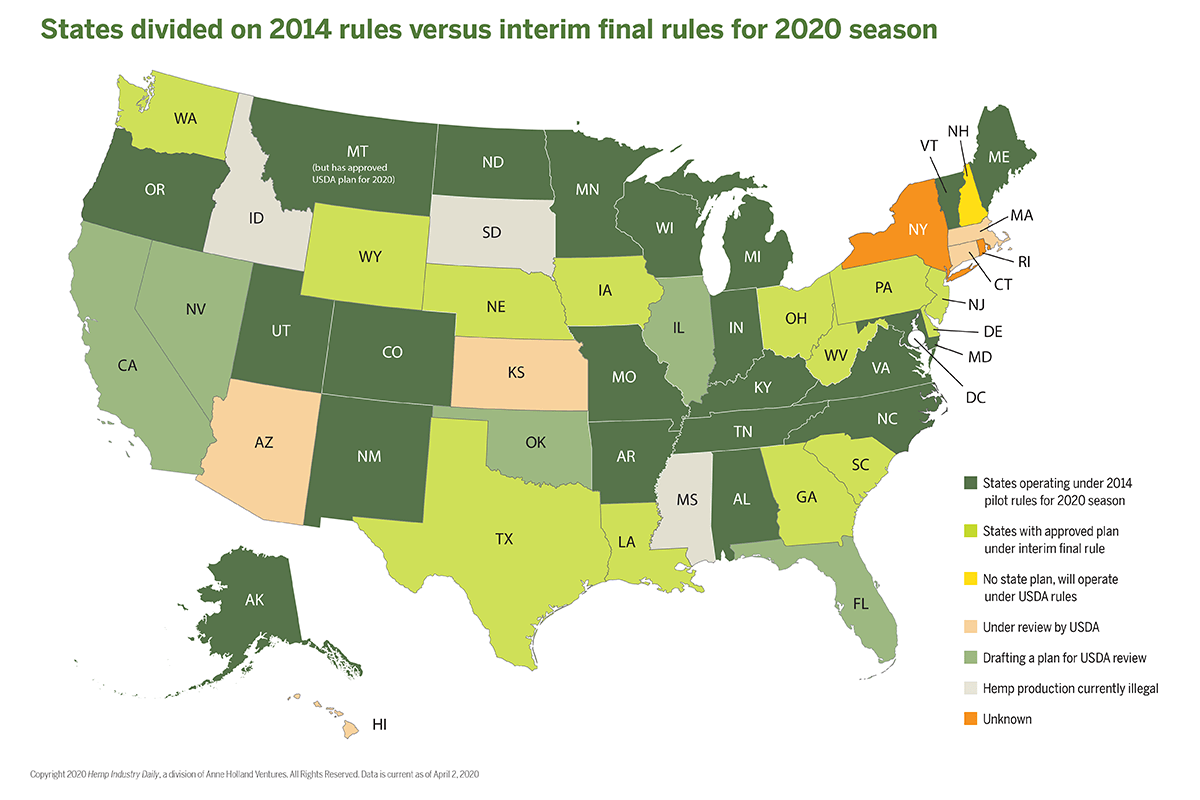 Two Southern states have received federal approval for their hemp production plans under the U.S. Department of Agriculture’s interim final rule for the 2020 season, while a Midwestern state has chosen to extend its 2014 pilot program.

The USDA approved plans for South Carolina and West Virginia, bringing the total number of states approved under rules written based on the 2018 Farm Bill to 14 thus far.

Indiana joins 20 other states that have decided to extend pilot rules based on the 2014 Farm Bill for this production season.

According to its plan, West Virginia has proposed that the new rules take effect as of Oct. 31, when the 2014 pilot program rules are set to expire.

Meanwhile, the South Carolina Department of Agriculture appears ready to implement its new USDA-approved rules for the 2020 season, saying in a statement Thursday that the plan “means numerous changes for the state’s Hemp Farming Program,” including:

Currently, the USDA is reviewing plans for Arizona, Hawaii, Kansas and Massachusetts.

The agency also approved plans submitted by a number of American Indian tribes among its latest efforts, for a total of 16, while plans for an additional 16 tribes are currently under review.