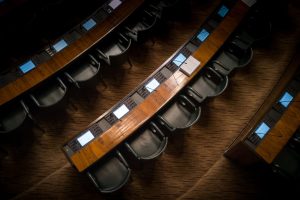 Afraid of missing hot opportunities in hemp while the federal government mulls national rules, states are adopting a surprising number of laws to start or expand hemp production.

Most states already allow hemp cultivation, but 2019 has seen many of the hemp holdouts adopt cultivation laws, while more established hemp states are expanding opportunities to help farmers capitalize on the CBD boom.

From New Hampshire to Hawaii, Georgia to Wyoming, state legislatures are angling to give their farmers an opportunity to profit from hemp as soon as possible.

The U.S. Department of Agriculture (USDA) has repeatedly said that federal rules won’t be in place until the 2020 growing season – but even where states plan to wait for federal guidance, hemp legislation is moving ahead.

Hemp expansion is happening even in states where new legislation wasn’t debated this year.

Most notably, California started issuing hemp cultivation licenses after years of delays, according to Lawrence Serbin, the owner of Hemp Traders, a southern California textile importer.

Serbin serves on a hemp advisory council to the California Department of Food and Agriculture.