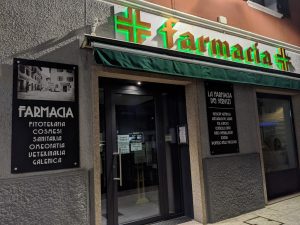 The sale of hemp flower in Italy has been connected with a decrease in sales of several types of medications, suggesting that some patients chose to dump their prescription drugs in favor of self-medication with an unregulated CBD-based therapy, research by a trio of economists shows.

A new study in the Journal of Health Economics found that, in Italy, the availability of “cannabis light” – flowers from high-CBD hemp plants with up to 0.6% THC – was connected to:

“The large-scale accessibility to the new product, which was advertised as a relaxant one, induced some patients to abandon traditional medicine to seek relief,” the authors concluded.

“No substitution effect was found for prescription drugs without relaxant effects, such as insulin, hypertensives, as well as sex hormones and urological,” the economists added.

A loophole in Italy’s industrial hemp legislation, passed in 2016, allowed growers to cultivate and sell cannabis flower containing up to 0.6% THC without penalty.

These higher-THC flowering tops, known as “cannabis light” and often smoked, were first sold in May 2017.

Italy’s market for cannabis light remained largely unregulated until May 2019, when former Interior Minister Matteo Salvini spearheaded a crackdown on cannabis and the country’s Supreme Court banned the sale of cannabis derivatives.

The study examined monthly drug sales from an Italian association of pharmacy owners from January 2016 – prior to the hemp law’s passage – to February 2018. The authors compared that data to the local availability of retailers selling light cannabis at the province level.

According to the study’s authors, the first retailers of “cannabis light” were existing grow shops that were selling products related to the cultivation of industrial hemp before the law was enacted. After the law’s passage, “the commercialization of light cannabis flourished at a different pace across provinces,” they wrote.

The impact of “cannabis light” availability on prescription drug sales was largest three months after it hit the market and remained statistically significant more than six months afterwards, the authors wrote. 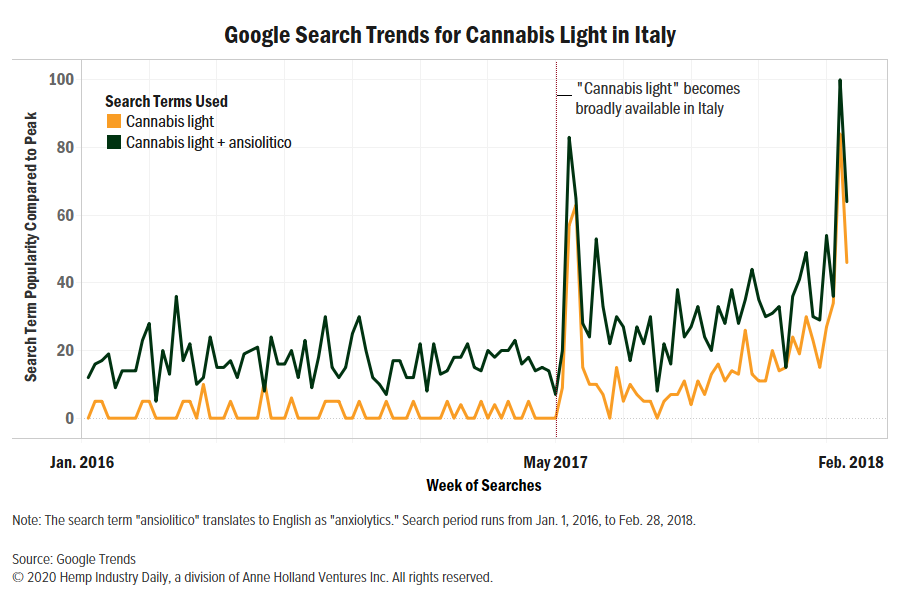 The study, first made available online in September, will appear in the December issue of the Journal of Health Economics, a peer-reviewed academic journal.