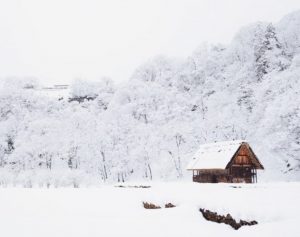 Hemp farmers are gearing up to plant their fields only two weeks after Texas froze over during Winter Storm Uri – a freak snow and ice storm that caused more than $600 million in damages to the state’s agricultural economy.

According to early data from the Texas A&M Extension Service, other industries such as citrus, livestock and horticultural crops were among the sectors that were hardest hit.

“Freezing temperatures and ice killed or harmed many of their crops and livestock as well as causing financial hardships and operational setbacks, said Jeff Hyde, director of the AgriLife Extension Service at Texas A&M University.

“And the residual costs from the disaster could plague many producers for years to come.”

According to AgriLife, some of the state’s biggest agricultural losses by commodity were:

It’s likely that hemp farmers with interests in other segments sustained damages.

But when it comes to hemp itself, farmers were mostly spared, as many in the new hemp state hadn’t planted their crops yet. Texas came online and allowed for commercial hemp production for the first time in 2020.

“Generally here in South Texas, we won’t be planting until March or so, but the further north you go, that will be closer to June,” said Noel Garcia, chief operating officer and head crop production consultant with TPS Lab in Edinburg, Texas.

But hemp might be tough enough to withstand snow and maybe some cold, depending on the intended use of the crop, according to Eric Singular, director of communications and business development with International Hemp, a hemp-genetics provider based in Denver.

Singular said a Texas farmer who had planted a test plot containing one of the company’s fiber varieties last fall was monitoring a volunteer crop that has reseeded to see whether it would survive the deep freeze – and so far, it looks as though it has.

“As people have always suspected, it is a robust crop, and especially when you get snow, before you get really low temperatures, you have that insulation effect of the snow that’s protecting it from going from getting too cold. That seems to be really helpful,” Singular said.

He saw the same thing happen in Colorado last September, when an early snowstorm blanketed hemp crops before the temperatures dropped.

“Once it melted off, they seemed to be protected, whereas crops that had to deal with freezing-cold ice are the ones that did not make it – and it is very different, from a fiber and grain crop to a cannabinoid crop,” Singular said.

Another sector that experienced significant losses was the Texas green industry, which includes 4,000 nursery, greenhouse and related businesses – some of which are home to young-plant producers who grow hemp seedlings and clones for farmers and might produce smokable flower indoors.

Texas currently bans the sale but not the production of smokable hemp, though the ban is on hold pending a lawsuit to be heard later this month.

Texas’ greenhouse industry is still assessing the damages to greenhouses and nurseries, a process that will likely take several weeks.

Most greenhouses, however, are sturdy enough to withstand sufficient snow-loads, and young-plant operations are typically high-tech enough to keep backup generators on hand to maintain a comfortable environment for seedlings and clones, TPS Labs’ Garcia said.

Village Farms International, one of the largest producers of greenhouse tomatoes, bell peppers and cucumbers in North America, converted half its 1.3 million-square-foot Texas greenhouse facilities to hemp.

The company said last week that operations have continued uninterrupted amid the recent power outages and water-supply shortages that much of Texas experienced because of the winter storm.

Planting outdoors is safe now, but Texas farmers will need to move rapidly to get their seeds or young plants in the ground before May 20.

After that, the soil temperature gets too warm and seeds won’t germinate, said Troy Owens, a farmer in Bay City, Texas, who grows organic corn and organic hemp.

Last year, he planted 500 acres of hemp for grain and applied chicken manure fertilizer, only to have rains wash out the crop.

By the time he replanted, the ground temperature was too hot and he lost much of his crop.

“I feel comfortable planting after the last freeze, all the way up to May 20,” Owens said.

Owens said he waited to plant his corn and plans to sow hempseed this week, though the fields are still a bit wet. This season, Owens has scaled back his hemp production to 150 acres.