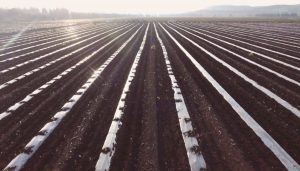 Texas hemp growers are wrapping up their first season with the new crop with a lot of optimism – but also a sense that the industry there won’t boom without some changes to the laws and some genetics improvements.

The state has huge ambitions when it comes to figuring in a national market for the new commodity. Texas is the nation’s No. 1 cotton producer and anticipates becoming a top hemp-fiber producer, in addition to growing for grain and flowering tops.

Even Texas Agriculture Commissioner Sid Miller gave hemp a shot this year on his own land. The state ended up licensing more than 1,000 producers on 5,600 acres and more than 15 million square feet of greenhouse space this year.

But the state is “kind of behind” other states in developing a hemp industry, Miller said recently at the Texas Marijuana Policy Conference.

Many of the challenges reported by first-year Texas hemp farmers would sound familiar to those who have been growing the crop for years. Farmers struggled with unstable genetics, bad weather and difficulty finding buyers.

“This year has definitely been a year for a lot of learning,” said cotton farmer Adrian Garcia of Big Spring, about 100 miles south of Lubbock in west Texas.

Garcia tested hemp outside and in small greenhouses, bringing in less than 1 acre. The plant thrived outside, but needed a great deal of water, he said.

He also cited “tremendous” fees to grow the crop, starting at $100 just to apply, with testing fees starting at $300 per lot.

“A lot of people spent a lot of money and didn’t make anything this year,” Garcia said.

Another grower, John Bradley of Tetra Hemp Co. in Harlingen, said it makes sense that Texas would need some time before ramping up production.

“Nobody’s grown hemp down here in 80 years … so it’s really about trial and error,” Bradley said.

Growers and regulators agreed that spotty genetics were to blame for poor first-year performance.

“Texas is a huge region of different growing climates,” said Erin Mason, a greenhouse hemp grower in east Texas. “When you get seed, or even clones, from different environments, they’re just going to react.”

Hemp researcher Aruna Weerasooriya of Prairie View A&M University said that his school hasn’t even gotten to the point of trying large-scale outdoor field trials because the genetics are so spotty.

“Most of the seeds coming to Texas are grown in Colorado, Oregon and the northern part (of the country). They perform very strangely in Texas climate,” he said. “We found some of the species started flowering just after two weeks. … They are useless.”

Optimism that Texas’ hemp outlook will improve pervaded talk about the first disappointing harvest. But regulators say changes are needed to help Texas meet its potential.

Miller said he’d like to see lawmakers authorize farmers to exceed federal THC limits and then remediate plants that end up meeting federal definitions of marijuana, an option currently not allowed by national rules set by the U.S. Department of Agriculture.

“We need to remediate hemp that’s too hot. It’s just not right to have to destroy a whole crop when there are methods to fix that problem,” Miller said.

The department did not respond to questions from Hemp Industry Daily about how such a bill should look. Later in the conference, an assistant commissioner from the Texas Department of Agriculture, Dan Hunter, appeared to lower expectations for those kinds of changes.

“The Legislature has no magic wand,” Hunter said. “The bottom line is, the federal rules are going to supersede whatever we’re doing.”

Hemp attorney Shawn Hauser, who practices at the Vicente Sederberg firm in Denver but follows Texas hemp policy closely, said that no state can overcome the problem of patchwork rules and regulations on everything from growing hemp to shipping it and selling it.

Some Texas farmers say they’re growing smokable hemp flower, despite a state law that bans its sale. (That law is on hold pending a lawsuit but remains on the books.)

Hunter pointed out that farmers are free to raise smokable flowers and sell the products outside Texas.

“There’s no prohibition on you growing it for smoking,” Hunter said. “No. 1, it can go to another state. And secondarily, you don’t have to call it a smokable. It can be a flower; it can be a potpourri; it can be a tea. There’s no illegality of what people can do with it once they purchase it.”

Hunter said that Texas’ recent entry to the hemp industry could prove an advantage as soon as growers find stable genetics that work in their climate.

“We probably had an advantage going into this because we were able to see what worked and what didn’t work in other states,” he said.

“We expect a bigger crop next year and a bigger one the year after that.”