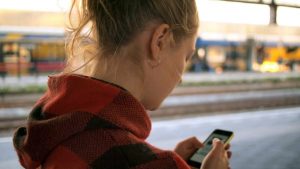 (A version of this story first appeared at Marijuana Business Daily.)

A legal and financial liability has emerged over the past two years threatening the coffers of hemp and marijuana businesses: class action lawsuits filed by recipients of unwanted text-message advertisements who allege they’re getting spammed with deals and sales.

To date, at least a dozen such lawsuits have been filed across the nation since May 2018, when California marijuana delivery company Eaze became one of the first to face such a legal fight.

While that case was dismissed and forced into arbitration by a federal judge last fall – and Eaze settled a second parallel lawsuit – the raft of suits has become a cautionary tale for other cannabis businesses.

“The defense and settlement of a case like this could easily run into the six figures,” said Michael Sampson, a Pittsburgh-based attorney.

Sampson has been advising cannabis industry clients on how to comply with the Telephone Consumer Protection Act (TCPA) – the law the suits are based on – to triple-check their marketing approaches to ensure they’re not vulnerable to such cases.

Sampson said the cases are often low-hanging fruit for litigious attorneys looking to make a quick buck by filing suit and then obtaining a settlement.

And in some other mainstream industries, TCPA verdicts against businesses have cost those companies millions, he noted, such as a $925 million verdict in Oregon against a marketing company in 2019 and a $61 million ruling against the Dish Network in 2017.

If cannabis companies aren’t careful, the same could happen to them, Sampson warned.

He said the TCPA is known in legal circles as an “extortion statute,” meaning that it’s often wielded by lawyers against businesses as a way to force them into pricey settlement agreements – all to avoid a potentially more expensive trial and verdict.

“If you don’t agree to pay a would-be plaintiff’s demand – which could be substantial – on the grounds that you had their consent to send them the text message at issue, they can still sue you anyway and you would be forced to defend the matter, which will cost more than the initial demand amount.

“The consumer is not required to prove anything, only allege she didn’t grant consent” to receive advertising text messages or calls, Roth added.

“It is then the company’s obligation to prove it had the requisite consent to send the SMS message. By the time you get to this point in a litigation, you’ve spent way more than if you just paid the initial ask.”

Some of the suits that Marijuana Business Daily was able to confirm through court records include:

Sampson and Roth agreed that cannabis businesses have ample ways to shield themselves from such lawsuits while still engaging in direct marketing.

The most obvious is to ensure no messages are being sent without proper legal written consent, which is the foundation upon which these lawsuits are based: The Federal Communications Commission has determined that the TCPA prohibits all solicitous texts that were not preceded by express written opt-in from consumers.

That’s how Eaze, for example, was able to get into arbitration with one of its TCPA lawsuits: The plaintiff had actually consented to text message ads when she agreed to the company’s terms of service.

Another key is to make sure any third-party marketing vendors are compliant with the TCPA as well, Sampson said.

That’s a major issue in the Baker case, since Baker was acting on behalf of multiple marijuana businesses that now could be on the hook for major settlement payouts, or at the least, sizable attorney fees to deal with the lawsuit, he said.

“If there’s a lawsuit, the plaintiffs are going to name anyone and everyone they think they can draw in,” Sampson said.

“Therefore, if you’re working in conjunction with someone, you want to make sure that partner is maintaining the same level of diligence you are.”

Another pointer is to give consumers every opportunity possible to opt out of text ads and to honor opt-outs when they’re requested, Roth said.

It’s common for text ads, for instance, to include statements such as “Reply STOP to opt out,” and any such reply should be accommodated.

If it isn’t, the company is taking an unnecessary legal and financial risk, Roth said.

And he said companies need to be cautious of so-called “opt-in lists” that are often sold by questionable telemarketers to businesses looking to broaden their market outreach.

To be as safe as possible, Sampson said, marijuana companies should be upfront with customers before sending texts with ads or deals.

“It’s a much better approach to do it in a clear and delineated way,” Sampson said, “because you don’t want to be sending text messages to someone who doesn’t want to receive them.

“You shouldn’t be tricking someone into receiving your text messages.”