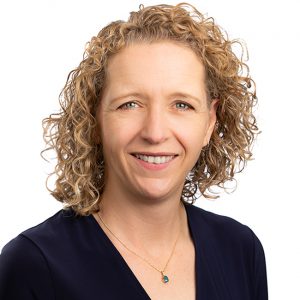 Those of us who have been actively building cannabis-related businesses since the legal cannabis industry’s earliest days have long understood the potential of the hemp industry.

Personally, it’s fascinated me ever since I met a hemp farmer at the very first MJBizCon, which was held in Denver in 2012. It was one of those serendipitous meetings that makes in-person conferences so valuable.

Several years and countless disruptive events later, we can finally say we live in a country where hemp is legal.

From all of hemp’s non-THC cannabinoids with potential to upend modern medical approaches to pain, seizures, inflammation and a host of other ailments, to the capability of industrial hemp to re-energize industrial manufacturing in the United States, to the plant’s possible uses for human and animal foods, biofuels and construction materials, this plant future seems to be limitless.

I say “seems to be” mindfully, however.

Smart entrepreneurs, investors and executives would be wise to realize we are currently in a whirlwind of hype.

Front and center of this storm is the CBD craze. Will CBD truly fulfill its promise as a wonder drug, or will further research and broader use reveal limitations in its power – or even the potential for less-desirable side effects?

The industrial processing of hemp will require a complete rebuilding – and, in some cases, reinvention – of processes and skill sets long lost to history.

And the industries primed for disruption from the introduction of hemp-based products are not going to give up market share willingly.

Nor will the regulators responsible for consumer safety and research let the industry run free; this group of people, who will undoubtedly wield considerable power over the industry, have hardly picked their heads up to realize what’s about to hit them.

On top of all that: The hint of a potential gold rush brings miners like nothing else.

While it’s an analogy that has been strained almost to its breaking point as the cannabis industry has developed the past couple of years, the lesson remains valuable: Only a small percentage of the savviest and best-operating businesses are likely to be outsized winners.

Another segment of entrepreneurs will find moderate success. And the majority of gold-rushers will end up heading home with lighter pocketbooks and life lessons learned.

To sum up: While a huge roadblock has been removed via the Farm Bill, the path forward is unmapped. It will surely be full of potholes and wrong turns.

For those who can navigate it successfully, the potential is – I’ll say it again – limitless.