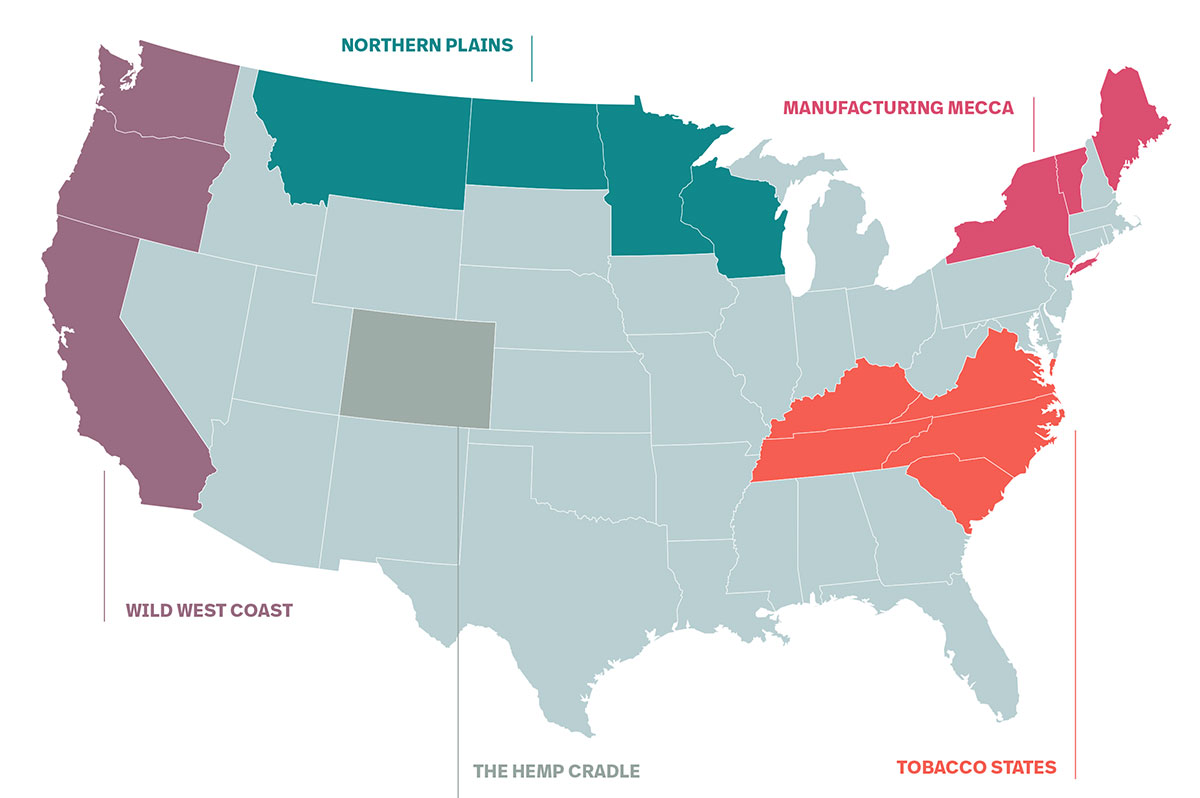 As the hemp industry has grown, a variety of states also have developed in different ways.

Here’s a look at how the industry has developed – and what hemp entrepreneurs can look forward to – in the different regions across the country.

For years, Colorado led the nation in industrial hemp production and manufacturing. But with limited water and cold winters, how long will Colorado remain a top-producing hemp state?

California and Washington state pioneered marijuana cultivation and have climates perfect for hemp production. But both states have negligible hemp industries, likely because of fears that hemp production would damage thriving marijuana industries.

Oregon has a vibrant industry of hemp-flower producers, but high land costs and vigorous testing requirements for the plant may hinder market expansion as other states invest in production.

Like the Prairie Provinces of Canada, the Northern Plains states have wide-open spaces and enormous farms that can scale quickly.

New York has set aside millions of dollars to attract hemp processors, and Maine and Vermont have attracted major processing operations, too.

High land and labor costs mean northeastern states are unlikely to become a cultivation hub, but processing investments could pay dividends for an industry with limited processing options.