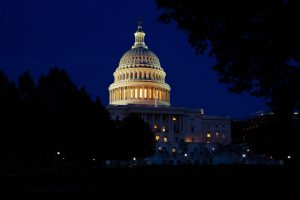 Read more about the marijuana provisions in this bill at Marijuana Business Daily.

But they’re hoping the measure known as the SAFE Banking Act is amended in the Senate to clarify a provision that mentions hemp.

The bill, which passed the House 321-101 Monday with strong bipartisan support, was the first major piece of marijuana legislation to be approved by the new Democratic-controlled Congress.

The vote was timed to come on the eve of the cannabis celebration 4/20.

Hemp operators have full access to the banking system thanks to nationwide legalization in 2018, though many hemp businesses say they struggle to access capital and banking services because of the plant’s association with marijuana.

Even as hemp activists applaud the House vote, some are nervous about a portion of the bill intended to assure banks that hemp banking is legal. The bill describes a “hemp-related legitimate business” as one operating “in compliance with the 2018 Farm Bill.”

But some states are either still in negotiations with the U.S. Department of Agriculture over compliance with the agency’s final hemp rules, or plan to retain pilot-project legal status as long as federal law allows.

Activists also point out that the hemp language applies only to U.S.-grown hemp, potentially complicating matters for U.S. businesses that import hemp, such as clothing manufacturer Patagonia.

The distinction has some looking to amend the measure to make sure no hemp businesses are left out because of the definitions.

“We just want to make sure it creates a hemp economy that works for everybody,” said Larry Farnsworth, spokesman for the National Industrial Hemp Council.

Prospects for Senate passage are considered brighter than in previous years after Democrats won slim control of the upper chamber in the recent election.

President Joe Biden has not said whether he would sign the banking measure into law, according to Biden spokeswoman Jen Psaki.

Some industry experts believe that cannabis banking is the most likely marijuana reform to occur in 2021, given the bill’s bipartisan support.

“As we continue to push forward with full legalization, addressing this irrational, unfair, and unsafe denial of banking services to state-legal cannabis businesses is a top priority,” Rep. Earl Blumenauer, an Oregon Democrat, said in a statement after  the vote.

“This is a critical element of reform that can’t wait, and I urge our cannabis champions in the Senate to take up this legislation as soon as possible.”

But the timing of Senate consideration is unclear.

Even though Schumer’s measure is seen as less likely than banking reform to pass the Senate this year, he could push for it to be considered before a cannabis banking measure.

Jeff Smith can be reached at [email protected].