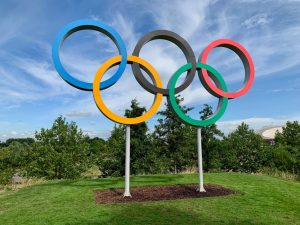 The U.S. triathlon team has signed a deal with Colorado CBD company Pure Spectrum in a first move toward cannabis use by an Olympic team.

The deal was made after the team determined that Pure Spectrum uses industrial hemp to manufacture its products and adheres to “strict third-party testing protocols,” deeming the company’s products safe for use by its athletes, the governing body said Monday.

USA Triathlon said it is the first national governing body in the Olympics system partnering with a CBD maker.

Elite athletes are not only using CBD, but they’re also getting in on the business end by developing their own signature brands or signing deals with CBD companies.

Megan Rapinoe, a U.S. women’s soccer player and the 2019 FIFA Women’s Player of the Year award winner, said Saturday that she and her twin sister, Rachael, are launching a CBD brand, Mendi.

The soccer star will be the brand’s first athlete ambassador and also will contribute as a board adviser and strategic partner helping with brand strategy and product development, according to the Mendi website.

“Although CBD products are still stigmatized in most pro leagues, there is no better athlete to lead the charge in moving the needle for cannabis use as an alternative recovery tool,” the company said in a statement announcing the deal.

CBD endorsements have become more commonplace among athletes in professional sports leagues and associations, including the National Football League and Professional Golfers’ Association of America.