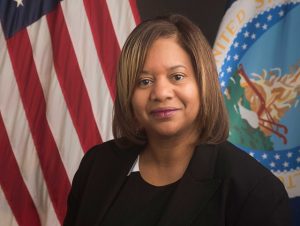 Researchers at the U.S. Department of Agriculture say they’re studying ways to boost hemp production and profitability for growers, and are collecting the first national statistics on domestic hemp production to be ready by next year.

But Dionne Toombs, director for USDA’s Office of the Chief Scientist, gave no indication this week at the National Hemp Symposium by Oregon State University that nationwide hemp rules taking effect next month might be delayed or again reviewed, as some hemp operators are hoping.

“We have challenged ourselves to discover the next bold move in agriculture, and industrial hemp is positioned to achieve that same success,” she said.

Toombs only briefly touched on the final rules for hemp production that the USDA released just hours before President Donald Trump left office. She said the regulations become effective March 22.

President Joe Biden’s office immediately ordered a review of new rules from federal agencies. But there has been no indication that the latest word on hemp production is changing before the 2021 growing season.

Toombs said little about the policy, instead talking up other research projects the USDA is working on, including:

“These are a few examples of how USDA science agencies are working together to propel industrial hemp production in the next era of American agriculture,” she said.

Hemp is also getting a statistical boost.

The crop will be included in the 2022 U.S. Census of Agriculture, the premier data source on agriculture production and indicators for economic and environmental welfare. The ag census is compiled by USDA’s National Agriculture Statistics Service but does not yet include hemp production itemization for producers.