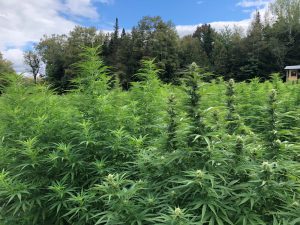 Hemp producers will have more breathing room under newly released rules on the federally mandated THC levels before they are declared criminally negligent, with the margin of error increasing from a total of 0.5% to 1% THC.

Hemp farmers and testing agents will also have more time to harvest plants after testing, with the harvest window increased from 15 days to 30 calendar days after sampling is completed, to “better allow for variables such as testing, weather, agricultural practices and equipment delays.”

However, there are still several areas of concern that the USDA did not appear to budge on, including sampling requirements and the mandate for laboratories to register with the U.S. Drug Enforcement Administration.

Federal agriculture rulemakers at the U.S. Department of Agriculture released final hemp production rules on Friday, in the final week of the Trump Administration.

The final rule, which was based on public comments from farmers and industry members about interim hemp rules released in 2019, take effect on March 22.

In addition to the extension of the harvest window period from 15 to 30 days after sampling, the USDA modified sampling requirements slightly.

Under the final rule, USDA maintains that because THC is concentrated in the flower material of the plant, it is more appropriate to sample from the top of the plant, rather than from other parts of the plant or homogenized whole-plant samples, as suggested by numerous farmers and industry members during the comment period.

The requirement has been modified to require that the sample be taken from approximately 5 to 8 inches from the “main stem,” “terminal bud,” or “central cola,” including the leaves and the flowers, of the flowering top of the plants.

“This change is consistent with the sampling practices in several states that established hemp programs pursuant to the 2014 Farm Bill authority,” the rule states.

The final rule allows states and tribes to adopt a “performance-based approach to sampling” in their plans. USDA is retaining the requirement that only designated agents can collect samples.

The agriculture regulators emphasized that they can’t increase the legal THC limit above 0.3%, a change that must be left to Congress.

However, the agency has adjusted how it will determine negligence for crops that test above 0.3%.

Producers still must dispose of plants that exceed the 0.3% THC legal limit; however, if the plant tests at or below the negligent threshold, producers will not be liable for committing a “negligent violation,” which could trigger criminal drug charges if repeated.

The final rule increases the negligence threshold from 0.5% to 1%, and limits producers to one negligent violation in a growing season within a calendar year.

Also, the final rule limits the number of negligent violations a hemp producer can get in any calendar year to one. That change was made because farmers worried that multiple violations in differing locations in one year could trigger a five-year ban in a single year.

Hemp must still be tested for THC potency at a DEA-certified lab because the facilities “could potentially handle cannabis that tests above 0.3 percent THC on a dry weight basis, which is, by definition, marijuana and a Schedule 1 controlled substance.”

However, USDA officials said they understand there aren’t enough of DEA-certified labs throughout the country for states to immediately comply, so enforcement won’t take effect until Dec. 31, 2022.

While the requirement to use DEA-certified labs is sure to still frustrate many, the USDA noted in its rule that since late 2018, “numerous laboratories have applied for registration and DEA is working diligently to process these requests.”

Farmers notched a partial victory on disposal and remediation procedures for “hot hemp.”

The USDA says that hemp flowers in excess of 0.3% THC still must be destroyed. But the rule now allows farmers to keep and sell other parts of the plant.

“Hemp producers should have the opportunity to remediate non-compliant crops in order to minimize financial risk associated with the loss of investment in their hemp crop,” the rule states.

“For this reason, this final rule allows remediation activities, either disposing of flower materials and salvaging the remainder of the plant or blending the entire plant into biomass plant material.”

However, the final rule does not allow for manufacturing processes to extract THC out of hot hemp and make it legal, as some had hoped.

Farmers including Texas Agriculture Commissioner Sid Miller had called on the feds to allow more options for non-compliant hemp plants.

“It’s just not right to have to destroy a whole crop when there are methods to fix that problem,” Miller said late year at the Texas Marijuana Policy Conference.

The agency also loosened rules on how to get rid of “hot hemp.”

The original rule called for law enforcement or someone else authorized to handle Schedule 1 substances to destroy the plants off-site. The final version sticks to a modification the agency first made last February, allowing farmers to simply burn or plow under non-compliant crops on their own farms.

The USDA says the change was made in large part to minimize expenses for local law enforcement.

“We are confident that any disposal options make the product unusable and therefore is not at risk for entering any streams of commerce,” the agency said.

The U.S. Department of Agriculture released the rules to allow producers time to prepare for the 2021 season, after receiving approval from the White House Office of Management and Budget and other departments affected by the changes.

“With the publication of this final rule, USDA brings to a close a full and transparent rule-making process that started with a hemp listening session in March 2019,” said USDA Marketing and Regulatory Programs Under Secretary Greg Ibach.

“USDA staff have taken the information you have provided through three comment periods and from your experiences over a growing season to develop regulations that meet Congressional intent while providing a fair, consistent, science-based process for states, tribes and individual producers.”

Ibach added the USDA will continue to provide the hemp industry with education and outreach to help achieve compliance with the requirements.

Early reaction from industry advocates indicated satisfaction that USDA listened to public comments and changed certain aspects of the hemp production rules, but that the final rules will certainly be evaluated by the incoming Biden Administration.

“We anticipate, as is customary of new administrations, that this rule will be one of many that will be frozen on the first day of the Biden Administration,” said Larry Farnsworth, a spokesman for the National Industrial Hemp Council.

“We look forward to working through these issues with the incoming Biden Administration and have all of this year to get it right before the 2014 authorities sunset.”