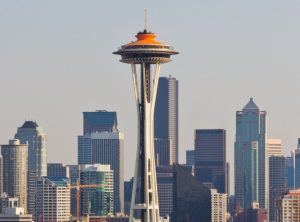 This story first appeared on MJBizDaily.

Washington state marijuana processors can’t convert CBD from hemp into delta-9 THC in the legal marijuana market, regulators said Friday in a move likely to be welcomed bv MJ cultivators who feared the practice involving federally legal hemp would undermine their own businesses.

Friday’s decision by the state’s Liquor and Cannabis Board is intended to clear up confusion around the legality of hemp-derived CBD converted to delta-9 THC in the licensed market.

Licensed marijuana companies should expect the market to stabilize as this takes effect.

Micah Sherman, a cannabis business owner in the state and Washington Sun and Craft Growers Association board member, said he hopes the announcement will clear up confusion in the market.

“In the short term, we’ll have to see what the LCB actually does and how it trickles down to stores and their behavior,” he said.

Sherman said the monthslong delay in the regulators’ statement allowed delta-9 THC from hemp-derived CBD to disrupt the marijuana market.

“This had a profound effect on the bottom line for farmers,” he added.

Sherman explained that licensed marijuana growers haven’t been able to sell their biomass for extraction because processors were buying and making delta-9 THC from hemp-derived CBD for much cheaper.

The agency stipulated that this “Interpretive Statement” is not a law, and it remains to be seen whether regulators are targeting any violations of this regulation for enforcement.

Vicki Christophersen, executive director of the Washington CannaBusiness Association, said the regulation is a reminder of how “inconsistent” state regulators are by way of enforcement and compliance.

“The Liquor and Cannabis Board has once again taken the position that responsible and highly regulated cannabis license holders may be selling some illegal products,” she said.

“The agency has suddenly defined certain license holders operating in good faith in the legal cannabis marketplace as violating the Controlled Substances Act.”

She went on to say the LCB’s position “will have a chilling effect on the ability of legal businesses to engage with their regulator in a collaborative environment that recognizes safety, legal requirements and industry development.”

Sherman also pointed out that product liability insurance doesn’t cover illegal products, and stores selling delta-9 THC made from CBD could be susceptible to a lawsuit if someone falls ill from consuming it.