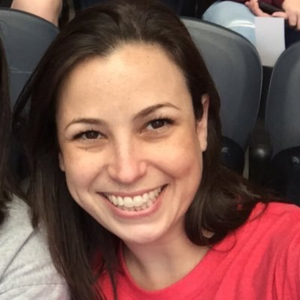 The fast-growing CBD industry has a problem: It’s bedeviled by dangerous lookalike products and scary warnings from top medical journals and the U.S. Food and Drug Administration.

Even as CBD enters the mainstream, enabled by the 2018 Farm Bill, the industry lacks specific regulations to help consumers and authorities distinguish healthy products from dangerous phonies.

The FDA vowed to take a fresh look at the extract, and the private-sector ASTM International has been working for years on health and safety standards for cannabis products.

But many producers don’t want to wait for those organizations to figure it out and are working toward voluntary certification standards.

Reports of panic attacks, paranoia and heart palpitations have all been attributed to products labeled CBD that are actually questionable products, often synthetic or made without health safeguards.

The U.S. Hemp Roundtable recently started its own regulatory body, the U.S. Hemp Authority, to give CBD producers a new option to assure consumers and law enforcement that their products are safe.

Hemp Industry Daily caught up with the president of the new U.S. Hemp Authority, Marielle Weintraub, to discuss the need for standards and strategies to alleviate nagging concerns about safety.

What is the U.S. Hemp Authority?

The idea is to create a certification and a seal, so that when looking at a bottle of hemp oil, the consumer has confidence and law enforcement has confidence that what’s in that bottle is really hemp and it’s been tested to specific standards.

Does this exist for other dietary supplements?

Oh, yeah. They have standards you can test to. To prove that something is ginseng root, you need a standard that you can run next to your sample and show that they match. Otherwise you can use fake ginseng root (just as) you can use red brick powder for paprika.

Some people think dietary supplements are still the Wild West and unregulated. And they’re not. They’re very regulated.

Do you think CBD is going have to those standards too? Just like any supplement?

Sure, and it’s especially important for cannabis.

Cannabis and hemp are phytoremediators. You plant it, it’s going to pull up anything around it, metals or anything in the soil, right?

We started this way before the Farm Bill. We saw it coming, the need for standards.

We aren’t reinventing the wheel by creating standards, but we need industrywide support for creating those standards.

And we have it. We have folks who want to be self-regulated, so that when the federal government goes looking for guidelines, they would accept guidelines that were created by the industry, instead of making them up as they deem fit.

Are the standards done yet?

Yes. To get the U.S. Hemp Authority label, you have to go through a third-party audit.

The idea is to be compliant with CFR, the Code of Federal Regulations, (part) 111.

(Part) 111 is the good-manufacturing practices for dietary supplements. It gives you an idea what kinds of safeguards you need to have in place.

We also use AHPA, the American Herbal Products Association. They very clearly spell out what the daily allowance of metal is in other dietary supplements.

We also suggest that people look at California’s Prop 65. That’s a labeling requirement. It tells you what is not allowed in certain products that are sold in California, such as pesticides, BPAs. (BPAs, or bisphenol A, are chemicals found in plastics.)

If you’re going to sell a product nationwide, you’re going to want it to be legal in California. That’s just a recommendation, but in dietary supplements, everyone follows Prop 65.

I’d say you should compile all these places you can look for good manufacturing practices and look to daily allowances. This is how you can become most compliant with current regulations that are available.

Kristen Nichols can be reached at  [email protected]