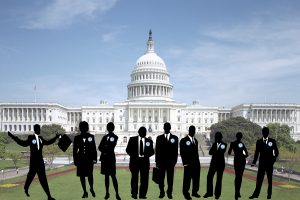 The hemp industry wants faster rule-making, immediate hemp-transportation laws that were promised under the 2018 Farm Bill, common national THC-testing standards and an end to restrictions on imported seed in time for the 2019 season.

Those were some of the top requests in the U.S. Department of Agriculture’s (USDA) webinar this week to solicit public comment on hemp and the 2018 Farm Bill.

“We do understand the importance of this crop and how much interest there is in growing this crop for the 2020 season,” Sonia Jimenez, deputy administrator for the USDA-Agricultural Marketing Service (AMS) Specialty Crops Program, said during this week’s webinar.

More than 2,100 people watched the webinar, the second one held by the USDA about hemp, including state agriculture commissioners, industry attorneys and advocates, hemp farmers, bankers, insurance professionals and various ancillary business owners.

Several Native American tribes were also represented. They asked the USDA to make immediate provisions for tribal participation in the 2019 planting season.

Among the most common requests for the USDA from the hemp industry:

Hemp states like Colorado, Kentucky and Tennessee offered to help the USDA make national rules, saying that their states’ rules could be implemented on a national scale – and the agency doesn’t need to reinvent the wheel.

U.S. Secretary of Agriculture Sonny Perdue said last month that the USDA would postpone review of state and tribal hemp plans until the agency had finished the rule-making process for the 2020 season.

AMS Administrator Bruce Summers reiterated that the USDA will aim to complete its hemp production regulations by fall 2019, in time for states to submit their plans for the 2020 spring hemp planting season.

The public has three more weeks to submit comments to [email protected].

The USDA Agricultural Marketing Service will address comments and questions on its website, where a recording of the webinar will be posted by March 18.