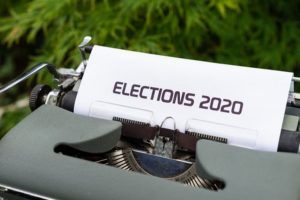 The nail-biter 2020 presidential election in the United States has a lot of folks scratching their heads. The hemp industry is no exception.

Though the presidential campaigns never talked about the the newly legal crop, the race set up enormous implications for the business landscape faced by the hemp industry. That’s because the main regulators of hemp in the United States – the Departments of Agriculture and Justice and the Food and Drug Administration – all lie within the executive branch.

So the razor-thin count for the White House had hemp operators watching closely. Either outcome promised ongoing uncertainty for an industry desperate to settle on firm rules under which to do business.

Making matters worse for the hemp industry, Congress appeared likely to remain divided into 2021, with a Democratic House and Republican Senate. Though lawmakers from both parties have been hemp allies in recent years, the industry has gotten little help from a legislative branch mired in partisan rancor.

Hemp Industry Daily talked to large and small industry operators and observers this week to find the areas where hemp entrepreneurs are looking for answers. Here are five of the biggest looming questions – and one election outcome that gives folks hope that regulatory certainty for the industry isn’t as distant as it may appear.

The presidency was quite naturally the biggest question on the minds of hemp operators.

President Donald Trump signed into law the watershed 2018 Farm Bill that took hemp out of the Controlled Substances Act and allowed the industry to come out of a patchwork of state-level trials with the crop. At the same time, hemp operators have been frustrated over the past two years with slow-moving executive agencies led by Trump appointees.

“We have to have a clear-cut path on where we’re going, regardless of who wins,” said Jackson Garth, vice president for sales and marketing at Verde Leaf, a hemp producer and CBD manufacturer in Atlanta.

Talking to Hemp Industry Daily while his home state was still counting ballots, Garth said that uncertainty chills the kind of investment needed to grow the hemp industry.

“When you’ve got this lack of leadership, you’ve also got a lack of compliance, a lack of sales channels. People say, ‘You know what? It’s not worth the risk. I’m not risking my farm right now,’ and they’re going to stay out. So that means our industry never really develops because there’s no infrastructure.”

What about the farm rules?

The U.S. Department of Agriculture floated a nationwide set of hemp regulations to replace the patchwork of state-level hemp laws in late 2019. States were given a year to comply.

But as the pandemic took hold in early 2020, states complained they needed more time – while hemp farmers and activists complained that some aspects of the rules would hobble the nascent industry. Weeks before the nationwide framework was to take effect this fall, the USDA backpedaled and gave states another year, thanks to a last-minute requirement from Congress. The agency still hasn’t said whether it will make changes to unpopular areas in the national rules, notably the crop sampling and testing rules.

The election gave the industry no answers. Even if Trump remains president for another term, changes in Cabinet leadership are common, and the administration has given no signal what might change in its hemp rules. So hemp farmers making plans for a 2021 crop are preparing for the possibility of more shifts and back-tracking from the USDA.

The largest sector of the hemp industry by market value – CBD – also faces the most regulatory uncertainty. Here too, the election has raised new questions about CBD’s future.

The U.S. Food and Drug Administration has given nothing but mixed messages on the extract. The agency says CBD can’t be sold outside of pharmaceutical channels, but has done little to enforce that position even as thousands of over-the-counter CBD brands popped up, many sold alongside prescription medications in pharmacies.

Complicating the picture, FDA leaders have said they’re open to considering over-the-counter CBD sales but have given no details. The agency took public testimony on the question, invited researchers to submit data about it, and then did nothing.

The FDA says it has sent proposed guidelines to the White House for final review, but has kept those recommendations secret and given no public indication when to expect them.

The FDA is rightly preoccupied with a pandemic that has claimed more than 200,000 American lives. That leaves the CBD industry with nothing but questions about the future of the industry.

Market analytics giant Nielsen Global Connect recently projected that CBD sales in the U.S. would reach $2 billion this year and grow to $6.9 billion by 2025 – assuming the FDA gives producers some clarity on the regulations. That’s a dicey assumption for entrepreneurs considering investments in a market that remains shrouded in uncertainty. 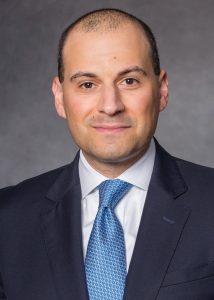 Jonathan Havens, an attorney who specializes in food and drug law, warned that the looming FDA CBD regulations probably won’t answer the industry’s questions even when they’re released.

“This enforcement policy at best will be biding time, but (is) not at all a permanent solution. And I certainly don’t think it’s going to be a panacea,” he said.

What about the DEA?

There’s no agency more hated by cannabis entrepreneurs – both hemp and marijuana – than the U.S. Drug Enforcement Administration, part of the Justice Department.

The DEA raised hemp hackles considerably this summer when it laid out some rules for hemp extracts that would criminalize common extraction methods by saying that hemp byproducts become illegal substances if their THC levels spike at any point during manufacturing.

The rule is being challenged in court by the Hemp Industries Association and a South Carolina CBD maker. And the DEA has yet to take action on its extraction rule.

Still, hemp operators are watching nervously. The agency faces the same possibility of leadership change as any other executive branch, and election turmoil does hemp manufacturers no favors.

If the executive branch is a big question mark for hemp entrepreneurs, the legislative branch isn’t much better.

Hemp operators were dismayed to find that one of their most powerful allies – Democratic House Agriculture Chairman Collin Peterson – lost this week after 30 years  representing rural Minnesota. Peterson sponsored a measure to alleviate the CBD sector’s FDA anxiety by requiring the agency to treat hemp-derived CBD as a dietary supplement.

Peterson’s loss throws into doubt any prospects for passage of CBD legislation during a lame-duck session of Congress. Democrats retained control of the House but haven’t said who would replace Peterson in 2021.

The most prominent hemp advocate in Congress – Senate Republican Leader Mitch McConnell – won re-election and appeared headed toward remaining in charge of a majority. Still, hemp operators are left asking what kind of pressure McConnell would be willing to exert on executive agencies that stymie hemp growth. 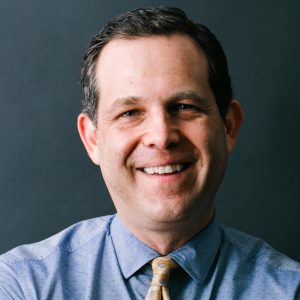 Despite those five nagging questions for the political future of the hemp industry, activists looking for clues in the 2020 election results have reason to smile.

That’s because the marijuana industry appeared headed for a clean sweep, with voters approving new markets in Arizona, Mississippi, Montana, New Jersey and South Dakota that could generate more than $2.5 billion in medical and recreational cannabis sales a year by 2024.

None of those measures has any direct effect on the hemp industry. But they’re a strong indication that the public embraces cannabis reform, giving a spillover boost to low-THC varieties known as hemp.

“People across the country continue to vote in large numbers for cannabis reform,” said Jonathan Miller, attorney for the U.S. Hemp Roundtable, which advocates for the industry in Congress. “That’s an encouraging sign.”