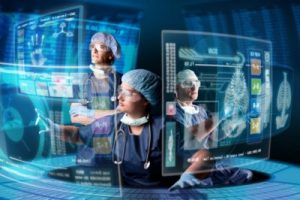 Lack of significant research on the effect of cannabinoids has long been a bane to the CBD and hemp industries. But in the wake of the U.S. Drug Enforcement Administration’s decision to reschedule some cannabis-derived products, researchers are looking for ways to open and capitalize on new markets and uses.

Their company, Katexco Pharmaceuticals, plans to combine plant-derived cannabinoids with synthetic ones to target CB2 receptors, which don’t produce an intoxicating “high” feeling when stimulated.

Patient trials, they noted, will be conducted outside the United States.

“We’re very interested in exploiting the capacity of the cannabinoid compounds to reduce inflammation,” Steinman told Hemp Industry Daily. He did not say why the new company plans to source CBD from outside the U.S.

The U.S. Food and Drug Administration’s approval in June of a cannabis-derived medicine, followed by the DEA’s rescheduling in September of cannabinoid medicine that has FDA approval and no more than 0.1% THC, is opening up research opportunities, Steinman said.

“The environment is really heading toward acceptance of its medical use,” he said. “We want to develop a licensed drug that can be used in combination with cannabidiol.”

The Stanford researchers aren’t the only ones looking to tap into cannabis’ increasing acceptance for profitable research opportunities.

And a Winchester, Kentucky, hemp producer, Atalo Holdings, is awaiting federal approval to send some of its hempseeds to the International Space Station (ISS) through a for-profit research firm.

The research firm, Space Tango of Lexington, Kentucky, is seeking NASA approval to take the seeds onto the ISS to study how hemp germinates in micro-gravity, research that could help scientists better understand the plant.

There’s a noticeable thaw in academia and the federal government in terms of their approach to cannabis, said David Bush, founder of the Denver-based Industrial Hemp Research Foundation, which was started in 2015 to raise money to fund experimentation with the plant.

“CBD research in general is going on quite a bit,” said Bush, who added that the Stanford approach to form a company to market cannabinoid-based medicine may be a first.

“The mere fact that the FDA has approved a cannabis drug and the DEA has taken it upon itself to reschedule at least a kind of CBD drug – to put that on a reduced schedule – speaks volumes to the direction we’re moving.”

But CBD companies still need to take a careful approach to see their products used in academic research, said Robert Chavez, a former director of medical business development for the University of Miami Health System.

Academia’s increased interest in cannabis brings huge new opportunities for cannabinoid producers – but it also presents challenges. Scientists may be looking at the plant differently than a cannabis user-turned-entrepreneur.

The Stanford researchers, for example, are testing plant-derived cannabinoids in conjunction with the synthetic compound they’re creating.

Synthetic cannabis is anathema to many in the cannabis industry, according to Rothbard, but it’s likely the future of pharmaceutical applications for the plant.

“The future of medical marijuana is very limited because of reproducibility and the fact that it’s a mixture of multiple pharmaceutical agents,” he said.

“The future will be to segregate and isolate (cannabinoids), define them and synthesize them and distribute them. … There’s going to be a natural progression in cannabis products.”