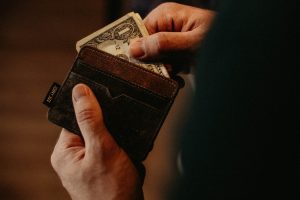 Hemp farmers and businesses continue to have difficulty financing their operations and securing banking services, despite federal lawmakers’ calls for them to be treated as lawful, legitimate businesses under the 2018 Farm Bill.

Because of a lack of clear federal banking regulations and uncertainty from financial institutions, hemp and CBD businesses are finding that while one day they may have access to services such as credit card payment processing, the next day there could be issues.

“Things are just so gray as far as regulation that we find a payment processor that is willing to take us on and we work with them, then all of the sudden, because there was no definition around the regulations, that financial institution is no longer willing to work with a company that sells CBD,” said Brenda Verghese, vice president of research and development for Colorado Springs, Colorado-based Stratos, a company that makes marijuana- and hemp-derived CBD products.

The American Bankers Association (ABA) sent a letter to the heads of U.S. financial regulatory agencies last week, asking for more clarification on how banks can serve hemp businesses.

The ABA said there has been little to no clear direction on distinguishing legal hemp and federally illegal marijuana, leaving banks uncertain about the legality of working with hemp and CBD businesses.

“Banks want to serve their communities and support their local economies but need clear, unequivocal assurance from their regulators that hemp is distinguishable from cannabis, and that serving the industry will not expose them to criminal and civil liability, or regulatory censure,” the association noted in the letter.

The ABA went on to ask for confirmation that hemp is no longer considered a controlled substance and that banks do not need to file suspicious-activity reports for transactions relating to hemp.

In the letters to the U.S. Federal Deposit Insurance Corp. (FDIC), Farm Credit Administration, Federal Reserve System and Office of the Comptroller of the Currency, McConnell and Wyden reiterated the legality of hemp cultivation under the 2018 Farm Bill and asked federal financial leaders to provide guidance and clarification to their member institutions “to ease any concerns they may have with providing financial services to legal hemp farmers and businesses.”

“Hemp farmers and businesses should be treated just like any other agricultural businesses and not discriminated against,” the senators noted.

During a May hearing of the U.S. House Financial Services Committee, FDIC Chairman Jelena McWilliams said the agency is “conducting extensive examiner training” to ensure bank examiners understand that hemp is legal and should have access to banking services.

However, she added a 2014 memo from the U.S. Financial Crimes Enforcement Network (FinCEN) already gives lenders “a clear path for banks” to serve both hemp and marijuana clients.

“In reality, (banks) should be making sure that legitimate businesses have access to credit,” McWilliams said.

Joe Tucci, who is trying to launch the e-commerce company Cares CBD, told Hemp Industry Daily that when he tried to secure merchant services, the financial institution told him he would have to lie about his business on the application to get approved.

“I have emails … instructing me to lie on my application,” Tucci said.

“I have talked to bank managers that instruct me on how to work around it. So, (even) if you want to be transparent, you can’t,” he added.

Tucci said that, because of his inability to secure financial services, he has not been able to launch his business and still has several thousands of dollars worth of product on hold.

Verghese said her company also has been hindered by the issue.

“It’s been challenging to find an online payment processor that is willing to commit to a partnership despite the fuzzy regulations,” she said. “That has made helping people and selling our products online more difficult to achieve.”

Members of Congress recently added an amendment to the Secure And Fair Enforcement (SAFE) Banking Act, the cannabis-banking measure pending in the U.S. House of Representatives, reinforcing the legal status of hemp and related businesses and confirming the legality of providing financial services to businesses selling hemp and hemp-derived products, according to Samantha Walsh, a Denver-based hemp lobbyist and CEO and founder of Tetra Public Affairs.

Since passage of the Farm Bill late last year, Congress has been “explicitly clear” that hemp and hemp-derived products are legal, Walsh said.

“While we are very appreciative and supportive of the latest efforts by Congress to once again highlight this blatant fact, it’s frustrating that the financial industry continues to drag its feet,” she said.

“We need these institutions in order for small farmers and hemp businesses to take advantage of this promising crop,” she added.