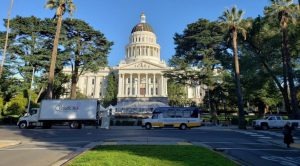 A long-debated bill to establish new hemp rules in California – but which drew the ire of business owners in both the hemp and marijuana sectors – has gained final approval from state lawmakers.

The measure easily passed both the state Senate and Assembly this week and is now on its way to the governor for his signature.

Among other things, the bill would:

The passage of the bill was the result of years of effort to update industry rules for California’s hemp companies.

Up until its passage, the measure remained a divisive issue among marijuana and hemp industry stakeholders.

The marijuana industry stands to benefit because low-THC hemp products now will be subject to the same regulations, testing and taxing that MJ businesses are subject to. Thus, companies selling low-THC products will have a harder time undercutting marijuana businesses.

“These critical changes to California law will drive economic opportunity and boost job growth by providing certainty to farmers, manufacturers, and retailers through a clear roadmap for expansion by providing consumers with a regulated CBD marketplace,” David Culver, Canopy’s vice president of global government relations, said in a news release.

There were vocal opponents, though, including the California Hemp Association, Cannabis Distribution Association and a number of regional MJ cultivation trade groups such as the Origins Council.

Some changed their formal stance to neutral after several last-minute amendments, according to the Los Angeles-based United Cannabis Business Association.

The final version of the bill “finally moves toward establishing a legitimate foundation upon which we can build responsible policies for all cannabinoid products of all origins,” the UCBA said in a release.