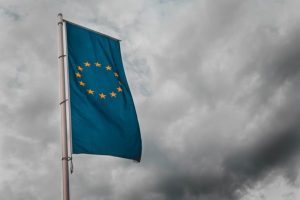 The executive branch of the European Union is changing its stance on how EU countries should vote on the World Health Organization’s cannabis scheduling changes in December, Hemp Industry Daily has learned.

The development comes on the heels of the European Commission announcing its preliminary view that CBD extracted from the flowering tops of the Cannabis sativa L. plant should be considered a narcotic under a 1961 United Nations treaty.

If the Commission’s new stance is formally adopted, hemp-derived CBD would no longer be considered food, would fall outside the scope of the bloc’s novel food regulation and could be banned from the EU market.

The EU Novel Foods Catalogue was updated in January of 2019 to include hemp-derived cannabinoids, including CBD. The designation means that manufacturers need to have their CBD supplements and edible products evaluated for consumer safety and seek permission from EU authorities to place them on the market.

The review of these applications has been suspended, with letters containing the EU executive body’s new preliminary stance on extracted CBD sent to affected novel food applicants on July 3-10, a Commission spokesman told Hemp Industry Daily.

The Commission spokesman, who wasn’t authorized to give his name, told Hemp Industry Daily that the agency informed CBD applicants of its preliminary views and invited comments through early September.

He did not elaborate on how soon after the September deadline applicants can expect a response on the validity of their applications.

The UK’s Food Standards Agency said the nation’s Home Office has not changed its view that CBD extracts themselves are not considered narcotics.

“The European Commission remains the route for formal submissions until that time,” Nelson said.

While the commission’s “treat CBD as narcotic” stance is itself not shocking, “it is extremely puzzling why they have come forward with this position now,” said Eveline Van Keymeulen, a Paris-based attorney at Allen & Overy.

According to Van Keymeulen, precedent for the commission’s view of CBD can be found in the European Commission’s proposal for how EU countries should vote on the WHO cannabis scheduling recommendations this December.

“What is very surprising is the timing,” said Van Keymeulen. “We’ve had novel food status for two years, and after interacting with so many member states and authorities, and updating the [Novel Food] Catalog several times, what they are doing now is totally backpedaling.”

“No one really knows why the European Union wants to ban hemp extracts at all – which would mean the definitive end of the hemp food industry except for hemp seeds,” said Kai-Friedrich Niermann, an attorney based in Germany who specializes in CBD and cannabis regulations. “That can’t be the solution and that can’t be the future.”

Niermann, a member of the European Industrial Hemp Association, said he believes that the EIHA’s lobbying efforts will persuade the commission to take a stance more favorable to the hemp industry.

Later this year, the 53 member states of the U.N. Commission on Narcotic Drugs (CND) will hold a vote on whether to revise how cannabis and related substances are scheduled in two international narcotics conventions.

In December 2019, the European Commission issued a proposal for a united position on the WHO scheduling recommendations, saying EU member states eligible to vote on the CND should support three of the six cannabis-related changes.

The WHO recommendations that the commission did not support included two specifically related to CBD:

On these two issues, the European Commission proposed that EU countries “take the position that the recommendation should not be put to vote and further assessment by WHO should be requested.”

It now appears that the commission’s stance on the six WHO recommendations is being revised. Responding to a question on whether the December 2019 commission proposals remained valid, a commission spokesman told Hemp Industry Daily: “The European Commission is currently working on a proposal for a Union position, to be adopted by the Council, ahead of the vote in December.”

The European Union as a bloc has observer status on the CND but cannot vote.

“The Union position … should be expressed by the Member States that will be members of the CND in December 2020, acting jointly in the interest of the Union within the CND,” the spokesman said.

When the CND votes in December, 13 of the 53 countries casting ballots will be members of the European Union:

Ahead of the vote, the CND scheduled a series of meetings to consult on the WHO proposed scheduling changes. Recommendations 5.4 and 5.5 were discussed at a virtual meeting on June 24-25. During that meeting, most of the EU member countries present remained silent.

A second “topical meeting” is scheduled to be held virtually on Aug. 24-25.

The fate of CBD on the European market may rest not with the European Commission but with a critical court ruling due out before the end of the year.

The so-called Kanavape case originated with a dispute in France over the company’s marketing of a CBD vape product whose contents were imported from the Czech Republic.

Two Kanavape employees were convicted of a criminal offence by a Marseille court on the grounds that the CBD oil in product they were marketing was extracted from the whole hemp plant, including the leaves and flowers – something prohibited under French law.

In May, an adviser to the Court of Justice of the European Union said France’s ban on the marketing of hemp-derived CBD products contradicts EU law on the free movement of goods. Crucially, the advocate general grounded his non-binding opinion on the understanding that hemp-derived CBD is not classified as a narcotic drug and is therefore protected by the EU’s free movement principle.

The Court of Justice ruling on the case is expected this fall, as early as September. In the majority of cases, the court follows the opinion of the advocate general.

“While such judgment may not directly prevent the Commission to maintain its conservative view, it would be very hard to reconcile this position—which would effectively shut down the EU market for CBD food products—with the principles set forth in the AG’s opinion,” Van Keymeulen said.

“As I do not believe the Commission’s position is sustainable in the long run, and this position will become increasingly difficult to defend the more scientific evidence on CBD becomes available,  I would generally recommend companies to continue preparing their Novel Food applications, and in particular continue the studies that are necessary to prove the safety of CBD in food products,” she said.

“If companies have not yet started the application process, and want to err on the side of caution, they may want to await the CJEU judgment and the vote of the CND in December—hoping the vote will not be postponed once again—to get a better sense of the direction ahead.”