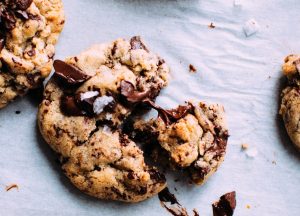 Rules for use of CBD in food products and dietary supplements won’t be coming any time soon, according to the outgoing head of the U.S. Food and Drug Administration (FDA).

With roughly two weeks left of his tenure as commissioner of the FDA, Dr. Scott Gottlieb said at an event hosted by the Brookings Institution and televised by C-SPAN that the regulations won’t be ready before he leaves – and may not be done before his successor leaves, either.

Gottlieb’s resignation in early March came just as the industry was hoping the agency would start work on a framework for how cannabidiol could be regulated for inclusion in food, dietary supplements and cosmetics.

Developing regulations for CBD will be “a long process,” Gottlieb said, because CBD did not previously exist in the food supply, though it exists as a drug or is subject to substantial clinical experimentation.

“We have never done this before. It would be a highly novel rulemaking process.”

A normal rule takes two to three years, Gottlieb said, but for a more highly complex rule such as this, it would likely take longer than that.

An FDA spokesman clarified for Hemp Industry Daily that an April public meeting would still be held, though a specific date has not been set.

Gottlieb said the FDA is putting together a high-level working group – led by Amy Abernethy, the FDA’s principal deputy commissioner, and Lowell Schiller, the agency’s acting associate commissioner of policy – that will be announced in the coming week.

With the process underway, it’s likely the FDA could have recommendations ready for Congress this summer, he said.

Congress can look to precedents, such as those around human growth hormones, for legislating specific substances, Gottlieb said.

But there would need to be a framework that includes concentration levels and cutoffs defined by the FDA with direction from Congress.

“There is also a question if it is providing any kind of therapeutic benefits at low concentrations, although people seem to believe that it has some value.”

The most efficient path forward would be through legislation specifically to address CBD, Gottlieb said.

However, he questioned whether the Drug Enforcement Agency had formally descheduled CBD derived from hemp, which would need to happen first.

The DEA announced in September that drugs including CBD with THC content below 0.1% are now considered Schedule 5 drugs, as long as they have been approved by the FDA.