The U.S. Food and Drug Administration said it will continue to “take appropriate action against unlawful CBD products that pose a risk of harm to the public,” even as the federal agency implored the industry to collaborate with the government to study CBD’s possible benefits and dangers.

The statement Thursday from new FDA Commissioner Dr. Stephen Hahn did not mention a timeline for when the agency will release CBD-usage guidelines, which businesses have been expecting for several months.

But there were some new positions staked out in the memo issued in response to pressure from Congress to issue regulations allowing the sale of hemp-derived CBD without a doctor’s prescription.

The FDA said for the first time that it wants to learn the difference between full- and broad-spectrum CBD products.

The FDA also said it will:

Hahn said the FDA is “concerned that some people wrongly think that the myriad of CBD products on the market have been evaluated by the FDA and determined to be safe,” or that CBD is harmless.

He emphasized that the FDA must “work to educate the public and close the knowledge gaps” about CBD. 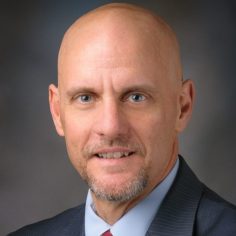 Hahn promised the agency will “monitor the marketplace” and punish sellers who make claims about the benefits of CBD that have not been substantiated by the FDA.

Still, he said he wants to “work together with stakeholders and industry to develop high-quality data to close the knowledge gaps about the science, safety and quality of many of these products, as well as further evaluate any potential benefits outside of the one FDA-approved drug product to treat two rare, severe pediatric epilepsy disorders.”

Hahn also repeated the agency’s appeal for better scientific data about what CBD does.

The FDA has repeatedly extended the deadline to submit evidence about cannabinoids in hopes of getting “reliable and high-quality data,” as Hahn put it.

He talked up the confidentiality option as an inducement to help the agency.

“We hope that this will enable responsible industry participants, academic researchers and other stakeholders to share relevant information with the FDA,” he wrote.

The comments were somewhat more muted than what Hahn told a group of state agriculture officials last month.

Hahn said it would be a “fool’s errand” to try to stop people from getting over-the-counter CBD.

“We have to be open to the fact that there might be some value to these products, and certainly Americans think that’s the case,” Hahn told the National Association of State Departments of Agriculture.