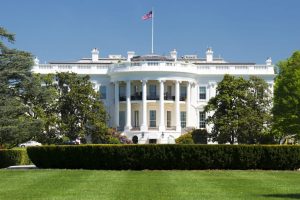 (This story has been updated to include industry reaction.)

The U.S. Food and Drug Administration submitted its Cannabidiol Enforcement Policy Draft Guidance for Industry to the White House Office of Management and Budget.

With approval from the OMB, which must sign off on new regulations from any federal agency, the public release of the enforcement policy could come in only a matter of weeks.

Havens wrote in a LinkedIn post Thursday that the enforcement policy could be claims-focused – meant to control the illegal, unsubstantiated claims that companies have been making regarding their CBD products.

“It’s hard to believe that the agency will back off completely from its ‘ingestibles aren’t permitted’ stance,” he noted.

Havens wrote in an email to Hemp Industry Daily that it’s not clear which direction the FDA is going and hard to say what is going to happen, based on the enforcement policy.

“It could be claims-based, serving size-based, (which is) less likely, product standards-based, some combination of the three, or something else,” Havens wrote.

Such standard are what the supplement-industry trade associations have been pushing for, Havens said.

“It would raise the bar for the industry, push out unsavory firms who are producing unsafe products and allow marketers to say that they comply with FDA requirements, which would hopefully smooth out the true patchwork of state requirements, among other benefits.”

The move comes on the heels of the FDA on Tuesday releasing draft guidance for clinical research related to developing cannabis and cannabis-derived drug products.

Havens told Hemp Industry Daily that the new guidance for research and development for cannabis-based drug products could provide a glimpse of what the process could look like when the agency drafts guidance for ingestible products such as dietary supplements.

“In the normal course of how the FDA generally goes about things in the food and beverage docket,” Havens said, “you’re going to have multiple steps: an advanced notice of proposal rule-making, a proposed rule, comments, FDA considers the comments, the final rule and implementation.”