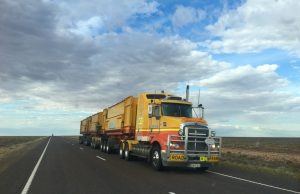 A Colorado hemp extraction company seeking the return of roughly 7,000 pounds of hemp biomass after it was seized in Idaho asked a federal court to override the state and affirm that hemp transportation is legal.

But Idaho lawyers say the Colorado company – Big Sky Scientific of Aurora – “jumped the gun” when it shipped hemp through Idaho in January, a month after passage of federal legislation that guaranteed interstate hemp transportation.

“They acted too early,” said Sherry Morgan, counsel for the Idaho county that seized the hemp.

Morgan argued that interstate transportation for hemp isn’t really guaranteed until the U.S. Department of Agriculture (USDA) implements the 2018 U.S. Farm Bill by writing the rules for nationwide hemp production and transport.

Big Sky, arguing that the guarantee took effect when the bill became law, wants the Ninth Circuit Court of Appeals to overturn an Idaho judge’s decision not to release the hemp seized in a January traffic stop.

The judges repeatedly pressed Big Sky on why it didn’t challenge the ruling in Idaho courts, instead of filing a federal appeal.

“It sounds like you suspect things about the Idaho court, that they wouldn’t be fair to your client or respect federal law,” Judge Michael Daly Hawkins said.

“The state court,” Pooser said, “can only rule on that one load of hemp. The issue is broader here.”

But Pooser conceded later in the hearing that Big Sky’s seizure may have been avoided with a different route.

“The only reason it got seized was because it had the misfortune of traveling through Idaho,” he said. “In retrospect, it should’ve been shipped through Nevada.”

The court has no deadline to decide the Idaho case.

Hemp entrepreneurs say that hemp transportation has been an elusive promise of nationwide legalization.

The Farm Bill promised protection for hemp transportation but left states with no uniform way to test THC content.

Earlier this month, a Minnesota hemp industry group warned manufacturers in its state not to order hemp biomass from other states in the wake of a South Dakota drug arrest of a deliveryman transporting plants from Colorado to Minnesota for extraction.

“Even in cases like this, where we think that everything was above-board, there’s a lot of waiting to see exactly what the situation was and hoping that we stay on the right side of the law,” said Joe Radinovich, head of the Minnesota Hemp Association.

Another lawyer for Big Sky, Elijah Watkins, told Hemp Industry Daily that the new crop needs more than just updated USDA rules on how to ship it.

“You have something that for the longest time was illegal. It was an illicit drug, like crack cocaine,” he said. “So, even after USDA issues regs, there still might be problems with unequal enforcement. … It’ll be helpful to get some guidance from courts.”